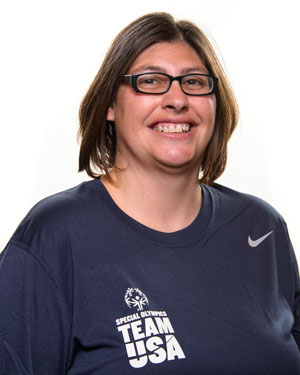 NEW YORK and WASHINGTON, D.C.,  – The National Basketball Association (NBA) and Special Olympics today announced that the fourth annual NBA Cares Special Olympics Unified Sports® Basketball Game will be held at Madison Square Garden for the first time. Special Olympics Texas will be represented by Kara Plumbeck (Richardson, Texas) on the West team. Plumbeck, 35, has played basketball through Special Olympics for the last 10 years and was most recently named a member of Team USA’s women’s basketball team, which will compete at World Games in Los Angeles in July 2015. With support from The Coca-Cola Company, NBA All-Star Stephen Curry will tip off the game at 9:30 a.m. ET on Saturday, Feb. 14.  Fans with tickets to NBA All-Star Practice presented by Sean John at Macy’s are encouraged to arrive early to enjoy the Unified Sports Basketball Game.

The 2015 matchup will feature 12 Special Olympics athletes from around the world, including New York’s own Felix Veloz and fan favorites from last year’s game like Jacob Majors of Lake Charles, La.  The majority of Special Olympics athletes competing in the game also have been selected to attend the 2015 Special Olympics World Games in Los Angeles from July 25 – Aug. 2.  The athletes will play alongside NBA legends and WNBA legends/players, including Brooklyn native and Hall of Famer Chris Mullin, Dell Curry, Tamika Catchings and Tina Charles in the West and Jason Collins, Detlef Schrempf, Special Olympics Global Ambassador Elena Delle Donne and Ruth Riley in the East.  Isaiah Austin along with rising stars Andrew Wiggins, Zack LaVine and Cody Zeller will serve as honorary coaches.

After high school, Plumbeck moved to Texas in 1999 from Indiana. She got involved with Special Olympics Texas within the same year. There were no Special Olympics programs in the little town where she grew up. She has played basketball, volleyball, bocce, bowling and swimming -- but basketball and swimming are her favorites. She has a part-time job and lives on her own with her friend Leigh Anne, who she met participating in Special Olympics. She enjoys playing sports, working, listening to music and going to concerts, reading, watching new and old movies and hanging out with her family. She is very fond of her cat named “KarLee” – named after herself and her roommate, Leigh. Plumbeck looks forward to participating in the 2015 World Games Los Angeles this summer.

First held at NBA All-Star weekend in 2012, the Special Olympics Unified Sports® Basketball Game will bring together athletes with and without intellectual disabilities as teammates to showcase the power of Special Olympics Unified Sports®, which helps unify communities and foster an environment of acceptance and inclusion.  Following the game, the players will join the NBA and The Coca-Cola Company to host more than 60 local youth athletes from Special Olympics New York for a basketball skills clinic on the NBA FIT Court presented by Kumho Tire at NBA House presented by BBVA Compass in Skylight at Moynihan Station. 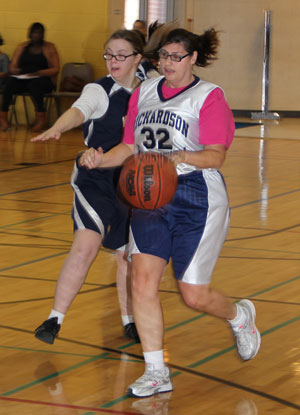 “We are thrilled to showcase this tremendous platform at The World’s Most Famous Arena,” said Todd Jacobson, NBA Senior Vice President, Social Responsibility.  “Each year, NBA All-Star literally and symbolically brings people together and we’re proud to once again work with Special Olympics to advance the conversation on respect and inclusion.”

These 12 Special Olympics athletes will be treated to an unforgettable NBA All-Star experience including a meet-and-greet with members of the NBA family and tickets to marquee events throughout the week.

NBA Cares is the league's global social responsibility program that builds on the NBA's mission of addressing important social issues in the United States and around the world.  Through this program, the NBA, its teams and players have donated more than $242 million to charity, completed more than 3 million hours of hands-on community service, and created more than 915 places where kids and families can live, learn, or play, in 26 countries and territories on five continents.  NBA Cares works with internationally recognized youth-serving programs that support education, youth and family development, and health-related causes, including: KaBOOM!, Special Olympics, YMCA, Boys and Girls Clubs of America, UNICEF, the Make-A-Wish Foundation, Share Our Strength and GLAAD.

Special Olympics Texas (SOTX) is a privately funded non-profit organization that changes lives through the power of sport by encouraging and empowering people with intellectual disabilities, promoting acceptance for all, and fostering communities of understanding and respect.  SOTX provides continuing opportunities for more than 54,000 children and adults with intellectual disabilities throughout the Lone Star State to realize their potential, develop physical fitness, demonstrate courage and experience joy and friendship.  To learn more, visit www.specialolympicstexas.org or call 800.876.5646.  Engage with us on: Twitter @SOTexas; fb.com/SpecialOlympicsTX; youtube.com/specialolympicstexas.