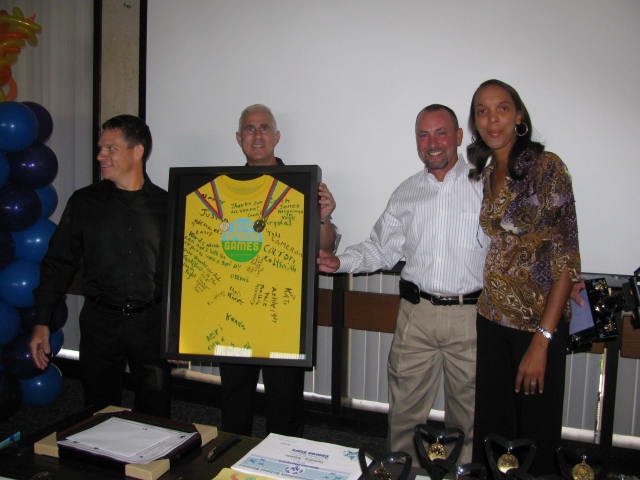 Mickey Childers has been giving back to his local community for over 15 years, but it’s his level of commitment to the Conroe Stars Special Olympics Delegation that never goes unnoticed.

Bob Boscarino, a Special Olympics Texas coach for Conroe Stars, ran into Mickey while playing some golf at a local club in 1997.  When Bob told Mickey he was Special Olympics coach, Mickey’s eyes nearly doubled in size. Mickey owns a catering business, Darrel’s Catering, and his father who was the previous owner always wanted to give back to the community.  That’s all it took.

15 years later, Darrel’s Catering has been supporting the Conroe Stars Delegation with enough food to feed 20-25 athletes and coaches whenever they travel to their three out of town state competitions.  Mickey also caters to the 125 people who attend the Annual Special Olympics Texas Sports Banquet every year.  Mickey’s generousity has been one of the things that makes him stand out above the rest.

Mickey was recently nominated by the Conroe Stars Delegation for Oustanding Service from a Business/Coporation for Area 6 – Heart of East Texas.