Three Times the Fun with Meet in the Middle

Three Times the Fun with Meet in the Middle 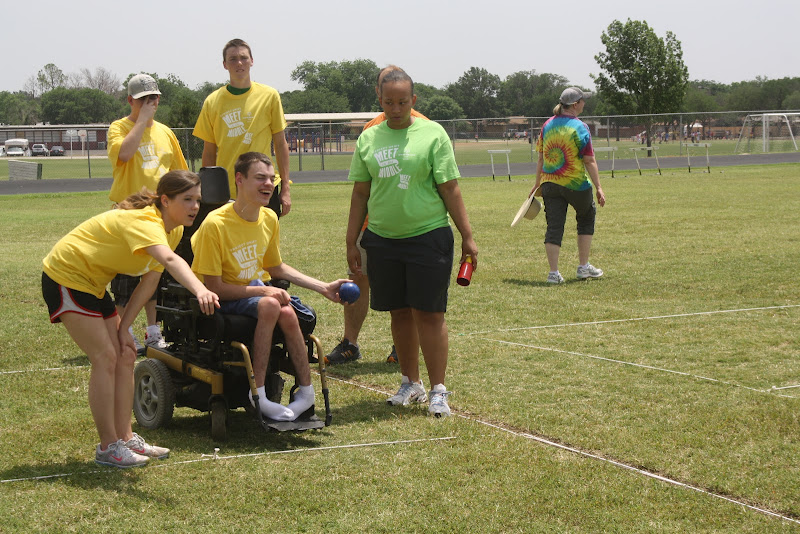 Three North Texas area schools recently competed in the Secondary Meet in the Middle Unified Sports Day at Rider High School.  The competition began with Opening Ceremonies, featuring the Rider JROTC, Rider Band and cheerleaders.  Unified Partners and a SOTX athlete read inspiring personal essays of what Meet in the Middle means to them.  SOTX athletes from Rider High School partnered with the Rider Student Council and football team; athletes from Kirby Junior High School paired up with general education students (peer mentors); and SOTX athletes from Burkburnett Middle School teamed up with their PALS group for a bocce battle and individual skills flag football.

Meet in the Middlers at Rider High were treated to free admission and reserved seating at the school’s basketball game.  The players rewarded them with mini basketballs and high fives as they walked into the locker room at halftime.  The MiM group was even recognized at during halftime and also got to shoot around during the half.  As if that weren’t enough to brighten their entire school year, the students received a "goodie" bag from the basketball team.