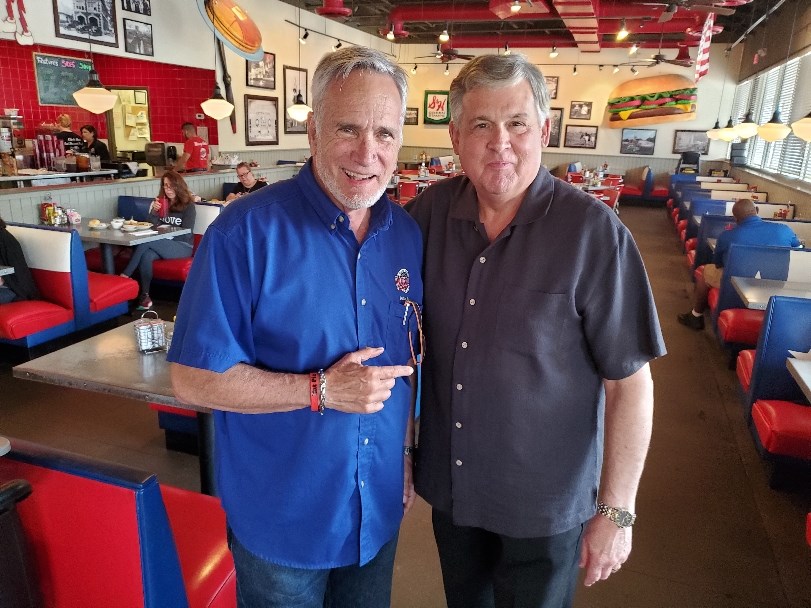 For this edition of the newsletter, we sat down with four of our friends from Norma’s Cafe! We were also joined by Doug, Ray, the Executive Director of the Law Enforcement Torch Run (LETR). The Law Enforcement Torch Run group and Norma’s have collaborated for over a decade. They are friends; they are family. You can feel the sense of neighborhood and community as soon as you step into one of their stores.

There are five Norma’s Cafe locations: Plano, Park Lane, Oak Cliff, North Dallas, and Frisco. This article will primarily focus on the Oak Cliff location. It all started with Ed. Ed Murph is the owner of the Oak Cliff location. He grew up in Oak Cliff and made sure to reinvest in his community by buying Norma’s. He decided to make that investment in 1986. Pam Spell is the “heart and soul” of the Oak Cliff Norma’s. She functions as the General manager and has worked in Oak Cliff for the past 27 years. Bill Ziegler is the Director of Operations, he has worked in the Food Service industry since age 15. Lastly, Rachel Kinsey is a newcomer to Norma’s. She functions as the Marketing Director. Rachel said, “it was like a neighborhood. It was so warm. I worked a lot with the volunteers and that was what did it. I love the environment here.”

I asked Pam what is your day to day like at work during the pandemic? She said, “We mask up and put on gloves, section off tables and booths., then open. We limit the number of people served. To go orders are up by 34%! We're so fortunate to have an incredibly loyal core staff and have been able to keep most of them throughout the pandemic, Ed is a great person to work for and he takes care of his people.”

If you have been to a Norma’s location you know I had to ask about the pie. When I inquired about it, Pam chuckled and began her pie spiel. She continued to speak about the beloved pie saying, “Norma’s has many flavors of pie and everyone gets a pie for dessert.

Ed spoke about Norma’s relationship with law enforcement saying, “we have a good rapport with the officers in the city’s that they are in. They recommend other officers to come. We are fortunate to be able to serve the LETR that come in.” Bill added, “the synergy between law enforcement, cafes, and diners has always been a good relationship. Officers are great friends with us.”

Pam explained the inviting nature of the Oak Cliff location as well. She said, “We’ve fed the Southwest Dallas station. We have a blue wall for the police and red wall for the fire department. Officers consider us a safe place. We take a community first approach. They have always been involved with the community.

I asked Ed how he found out about LETR. A former officer spoke to Bill about it one day when he stopped by the store. “It was at the Trinity Valley location, Brad Freis, a former officer from the Addison Police Department,  proposed a Tip A Cop at that location. I thought it was an outstanding idea. Up until this year it was an annual event.

Doug Ray, the Executive Director of the Law Enforcement Torch Run and an Oak Cliff native, was thrilled when Officer Freis told him about incorporating Norma’s Oak Cliff location. 2014 was the first time a Tip A Cop was held there. In 2019, 14k was raised in honor of Brad Freis, who had recently passed. Each year it’s a ten to fourteen thousand dollar fundraising event.

Bill chimed in explaining how, ”Norma’s has always been a place where all sorts of people can gather and enjoy a meal and leave feeling better than they came.” “There’s something special, not only for us, but for the officers who serve the patrons. One of the Special Olympians has been working for years,” Ed added. His name is Mark. Diversity in the workforce, “brings everyone together. It’s fun to watch how protective other employees are of each other. It makes everyone feel better. One of the most impactful memories that I have is from when Mark's mom and I broke down together. She was so happy that Mark had found a safe and great place to work,” Ed said.

Doug Ray is extremely grateful for the partnership with Norma’s. He explains it saying, “It’s one thing to raise money, but when you hire one of our athletes. That’s amazing!”

Genuine bonds and interactions are what makes our partnership with Norma’s Cafe special. Pam explained it by saying, “I like it when they come out and we all interact, it’s  just fun. We are a family.” Bill said, “All of the SOTX athletes are just a pleasure and it lingers with you. You can’t be down about anything after Mark (SOTX athlete and Norma’s employee) smiles at you.”

When I asked about why Norma’s Cafe chooses to remain involved with the Special Olympics and LETR, everyone jokingly agreed that, “Doug would not let us go.” Doug said, “You can’t get rid of me that easily, even with a pandemic. When the weather gets better we would love to get you all some 2020 shirts!” This jovial banter illustrates the relationship between LETR and all of our partners and sponsors.

And to the athletes, Norma’s says, "Hang in there, sooner than we know we will all be back together. Take that step and keep on going. Don’t let the virus stop you from achieving your goals."

You can help support Norma’s Cafe by following them on social media and sharing their posts. You can find them on Twitter, Facebook, and Instagram @NormasCafe. 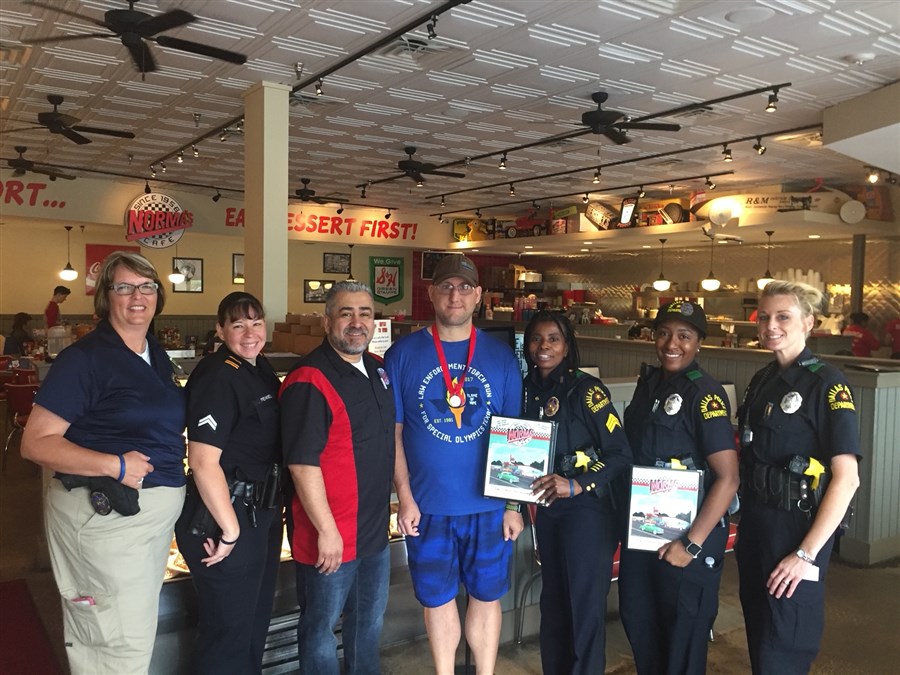 A big thanks to Norma’s Cafe for their continued support of LETR and SOTX! We look forward to continuing this partnership for years to come!