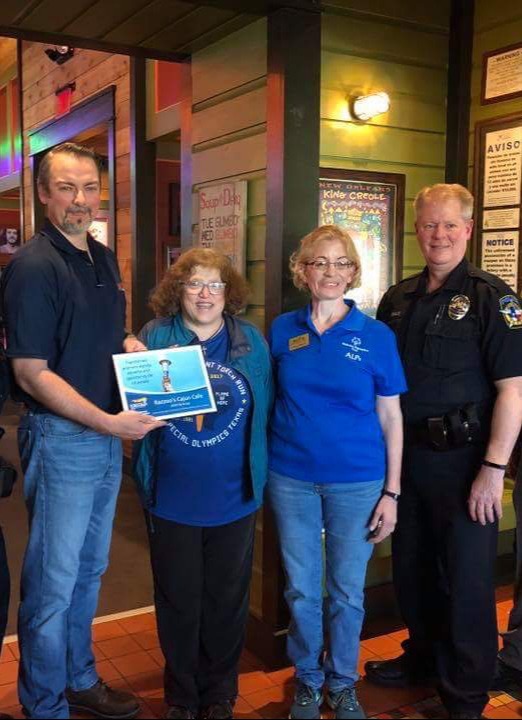 “I love the schools the most. It’s so much fun, watching the kids grow into adults.”

Terry has worked for the McKinney Police Department for 25 years. His law enforcement career started working in patrol. He went on to become a court bailiff, school resource officer, briefly went back to patrol, started a crisis intervention program, and now works on a peer support team. When asked about his favorite position he said, “I love the schools the most. It’s so much fun ... watching the kids grow into adults.”

In his current position, he is able to talk to officers and families about mental health. Part of his job entails talking with parents of special needs children in the McKinney community. Terry has first-hand experience with his daughter, Alex, which comes in handy and, “breaks down barriers.” People think he does not understand; when they hear about Alex being diagnosed on the autism spectrum, everything changes.

Originally, a collegiate friend influenced Terry to join law enforcement. Terry left college and applied to the Dallas Police Department; he was hired in 1988. While working for Dallas PD, Terry met his wife. They have been married for 31 years. During Terry’s 7 years with Dallas PD, he and his wife had their daughter, Alex. Like many officers, Terry wanted to raise his child in a different community. So the Qualls family moved to McKinney, Texas. Terry’s daughter, Alex, participated in many Special Olympic activities with her school district, starting with the McKinney Magic Organization. Alex and Terry began their involvement 27 years ago. 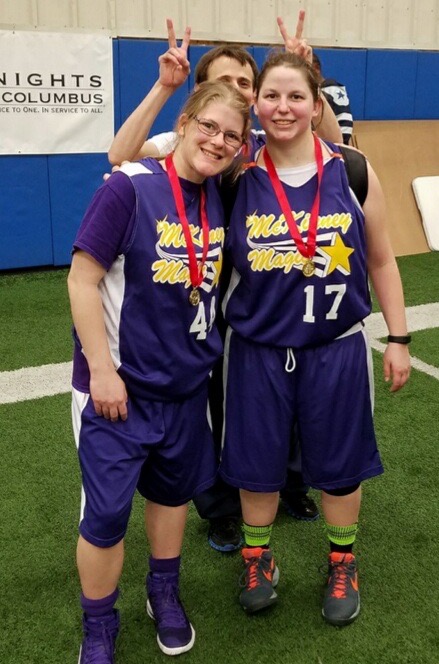 Terry got certified to coach Special Olympic sports and started a program in McKinney for athletes to attend after they graduated from school. In reference to the athletes, Terry said, “They know I’m an officer but most times they don’t see me in uniform. One time I showed up to practice in uniform... It’s kind of taking down walls in the Special Olympics community and encourages the shared understanding that we (police) are people too”. Terry has coached soccer, softball, basketball, and track, and field.

“My favorite part is just watching them (athletes) compete. You can practice every week in basketball but you really never know what they’re going to do in the tournament. When they play as a team and work as a team, and then you see their faces when they play. I just sit back and watch once we get there” he said.

Another set of Terry’s favorite memories are of a basketball tournament about 8 years ago. Terry was coaching the basketball game and the opposing team had a dominant player. Terry explained his defensive strategy saying, “We had an autistic task-driven player and I told him, you do not let that other player have the ball. Whatever you have to do, don’t foul, but make sure he doesn’t get the ball. Within 5 minutes the dominant athlete backed up into the corner,” and Terry’s team won the game.

Terry explained how some parents doubt their children because of their different abilities. He encourages them with the aforementioned story saying, “Part of it is finding what you’re good at and sticking to it. Even if it’s staying in the way.”

In reference to the canceled activities and events for athletes, Terry sent encouraging words, “It’s not over, it’s just paused. Keep thinking about it. It’s going to come back. Just be ready.”

Special thanks to Officer Terry Qualls and the McKinney Police Department for your continued support of LETR and SOTX!