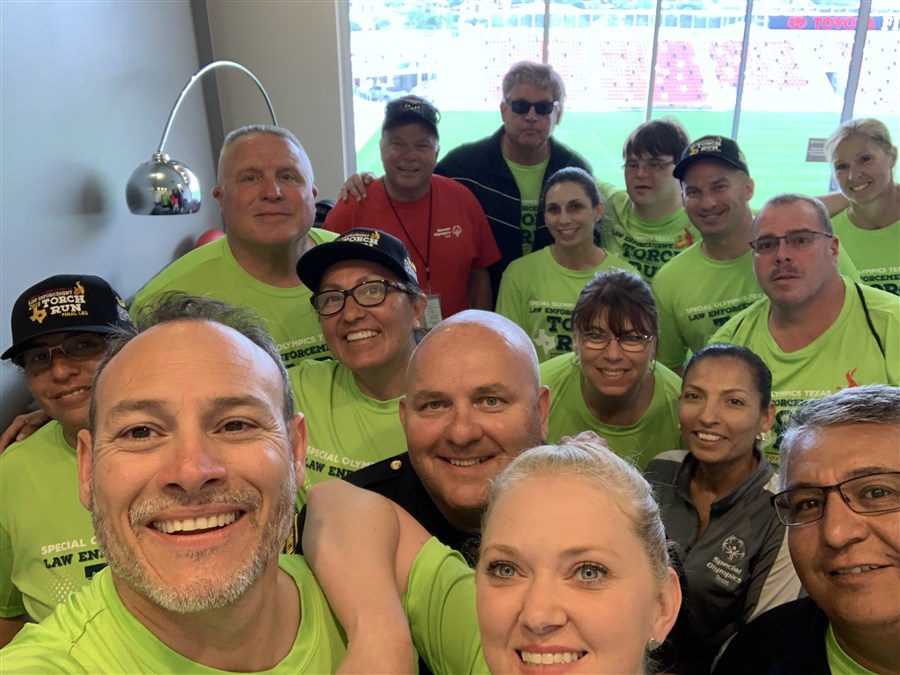 Meet Armando! He is originally from Texas and currently works as a Special Agent for the DEA in Central and South Texas. Armando had a modest approach to our conversation saying, “I like to focus on the other guys.” He added, “Uniformed officers have a different connection with the athletes. They have the uniform and the cool tool belts. They wow kids and are the bridge to athletes for SOTX. We don’t wear uniforms or drive marked cars with agency decals and flashy emergency lights . The only time we put on any type of uniform is when we go to apprehend.” Nonetheless, Armando shared very interesting details about his work in law enforcement. He was definitely a worthy candidate.

Armando had positive interactions with police in his childhood which shaped his perspective of law enforcement. The biggest influence on Armando’s decision to join law enforcement was a neighbor who worked as a sheriff for the county. Armando would witness the sheriff driving his squad car everyday and it seemed like everywhere his neighbor went people would look at him with respect. One day, the sheriff, “asked me to ride with him in a parade. His job really appealed to me at a young age. I’d also watch television shows where law enforcement are constantly heroes. That really resonated with me, catching the bad guys,” Armando said.

Armando pursued a degree from Texas State University in Criminal Justice. His first job after completing school was U.S. Border Patrol. The Border Patrol position was located in Southern California and furthered Armando’s interest in law enforcement. In that position he had the opportunity to work with the Drug Enforcement Administration (DEA) and coordinate with their agents. Armando found the DEA to be an organization where he could pursue his passion, so he joined and transferred to a unit in South and Central Texas. He has been with the DEA for 22 years now.

As a Special Agent, Mando starts his days early in the morning, covering Central and South Texas. “Since traffickers cover great distances, we are prepared with mobile, aerial surveillance and other legal tactics to help us in  apprehension. We work with local and state officers and it’s definitely a team effort, especially coordinating interdiction stops . We conduct interviews of individuals who we stop. It’s like putting pieces of a puzzle together to identify different parts of drug organizations. As cases progress, sometimes we go and testify with Grand Juries against organizations and individuals. If successful, arrest warrants are granted. My role has not changed that much with Covid. Drug trafficking did not stop; if anything we became even busier,” he said.

I was curious about the differences between state and federal law enforcement. Armando kindly explained that each level enforces a different set of laws. “The DEA’s mission is enforcing the federal drug laws of the United States. Local agencies have multiple units that dedicate teams to certain areas that are problematic or need to be maintained in order to manage local and/or  state laws. Examples would be homicide units, vice units, or community relations units. The DEA’s tasks are directed at people involved in manufacturing, distribution, and transport of illicit drugs. We are generally more broad in scope and have a larger reach. The threshold is higher. We go after hundreds of pounds of drugs versus street-level or “user” amounts, like gram quantities. We have spies called confidential sources to help us and follow through with our investigation. A lot of times they are civilians,” he said.

DEA work is taxing, “You never really leave the job. We are never really disconnected physically or mentally. You’re always thinking about your case, so it carries over into your personal life. Every now and then your weekend will be disrupted by a confidential source with a hot lead. I de-stress by binge watching tv. I also like to get out and exercise and complete chores around the house like moving the lawn. I try to focus on family life as well. I always enjoy that,” Armando said.

LETR presents another positive outlet for law enforcement to de-stress. I asked Armando about how he found out about LETR, especially since he worked primarily at the federal level. He responded, “In January 2001, a representative from Special Olympics Texas (SOTX) came to our office and introduced Torch Run to our boss. My boss sent out a mass email asking if anyone wanted to volunteer to be a liaison between our department and SOTX and my partner and I were selected. The next thing I knew we were being whisked away to the state conference.

I never imagined an event like that existed. I got to meet other officers in other departments in break out sessions; it was incredible! I met good friends there that I still have to this day. The conference reinvigorated those who’d been previously involved and definitely ignited interest in folks like me who were new. If someone was trying to recruit officers for LETR, that was the event to do it! The conference is one of a kind. It was really a grand event,” he recalled.

“My favorite LETR memory is the state torch run kick off in 2001. The 2015 World games in California were awesome too. But as a first timer, the state torch run did it for me. I ran with a warden, Texas ranger, and an FBI agent in the event. That was the best memory for me,” Armando said.

Every article ends with words of encouragement for our athletes. Here is what Armando had to say about them …“They’re so incredible and inviting. The wholesomeness of their spirit is unparalleled. They are already a light. A word for our athletes: You have a divine purpose, live it out happily and passionately.”

Major shoutout to Armando and the Drug Enforcement Administration Team for their continued support of SOTX and LETR! 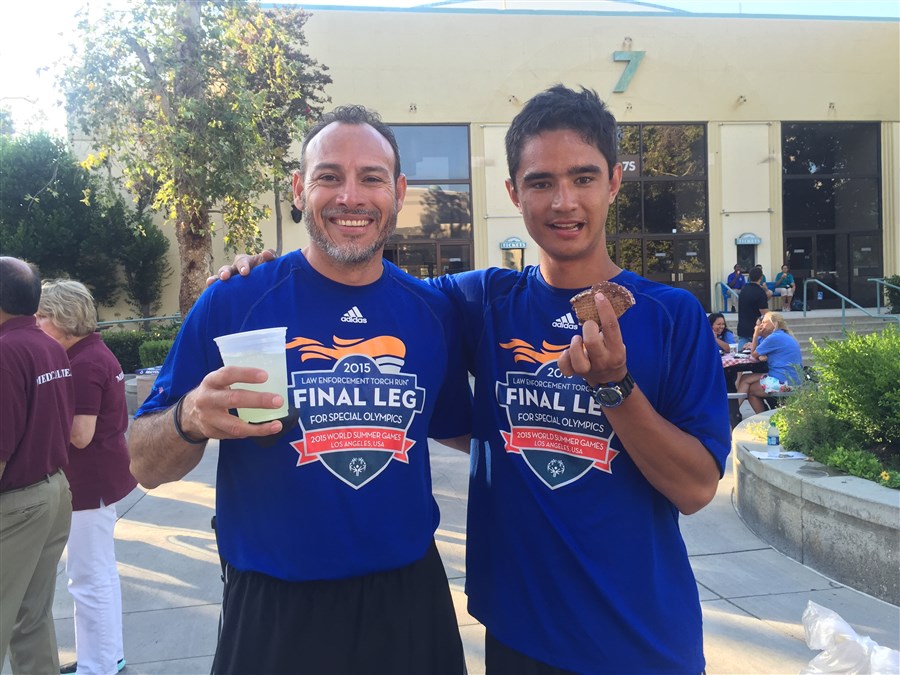