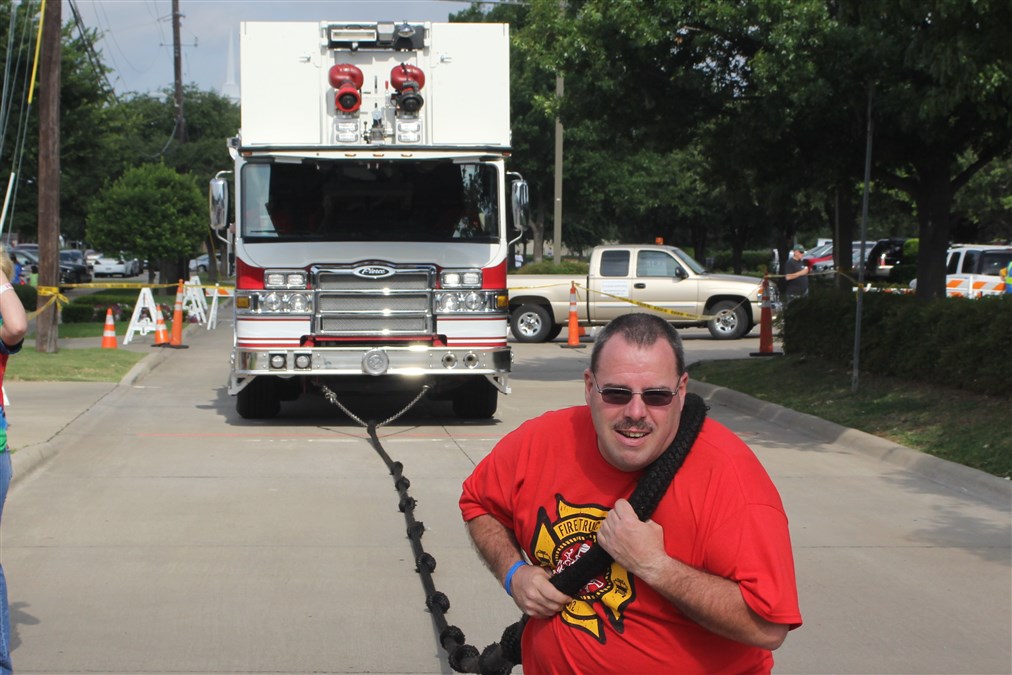 It’s no secret that public outcry about police brutality has become more common. Specifically, how have protests changed the way your department engages with the community?

“It hasn’t a whole lot. We’ve always been very community-oriented, reaching out to different organizations and groups. We’ve had a couple of marches and protests. We support the right for people to voice their opinions and protest peacefully. We’ve definitely created relationships in our community and we have their support,” Sisk stated.

“I joined the police because I had the goal to be a police officer. Chief Courville, who hired me, makes fun of me every chance he gets. He tells the story about when I was young about 10 or 11 years old and saw him at a local football game. I went up to him and pulled on his pant leg and told him I was going to be an officer,” Sisk said jovially. Sisk had many positive examples of law enforcement growing up. “I definitely had support when I was able to take steps to become an officer,’’ Sisk said. As Sisk got older the support continued. He recalls a female officer who would quiz him during the ride a longs. She was, “kind of a tutor. I did ride a longs two to three times a month when I was in the academy,’ Sisk said. Since Sisk was born and raised in Duncanville, it was “easy to want to stay.”

Over a 33 year period, Sisk has served in patrol, the original Duncanville SWAT team, and as a canine officer. His last 14 years of service have been in Crime Prevention. “I really enjoyed SWAT because I got to break things (he was the door rammer). In Crime Prevention, it’s more of a community-oriented field than the others, which I really enjoy too,” Sisk said.

Has your life in uniform affected your life and perspective out of uniform? If so, how?

‘With everything going on ... I am a lot more cautious while out in public with family and friends,” Sisk admitted.

“The Chief that hired me in 1987, Chief Courville, went to a conference and found out about LETR and got officers involved. We usually deal with people on their worst day. Dealing with the athletes, every day is a good day, so that motivates us to help them more.

LETR has events like Polar Plunges, Firetruck Pulls (FTP), Tip A Cops, and more going on year-round. Which LETR events have your department been involved in the past?

“Just about all of them. I’m not doing Over The Edge!*

This year marks the 11th annual Duncanville Firetruck Pull. In the first year, we had five teams and raised $2,500. Last year, we had 27 teams and $30,000,” Sisk said humbly. The Duncanville FTP mainly involves local businesses, but Sisk recruits outside Duncanville city limits to solicit support. “I’ll ask anybody to get involved, for every no there’s a yes coming. Special Olympics is an easy sale,” Sisk said.

Doug Ray, Law Enforcement Torch Run Executive Director, and Doug Sisk have had a long-standing relationship through Torch Run. Doug Ray added, “Doug is the North Region and Dallas-Fort Worth, Coordinator. Doug (Sisk) downplayed his Firetruck Pulls. His Firetruck Pulls have become an example across the country. He’s been the leader in this region for a long time. Doug is a legend at Duncanville and I don’t say that lightly. Everybody knows Doug Sisk in Duncanville.”

Doug is heavily involved with LETR and the Special Olympics. “I have more LETR shirts than I know how to count. It’s kind of a tradition to wear the one with the big Texas flag when I go out to conferences. It’s a conversation starter. When I retire I’m going to learn how to sow and make a blanket out of them,” Sisk claimed.

“That’s hard, anytime you’re interacting with athletes is memorable. One of the first competitions I attended was in the ’80s around the Austin area. There was a blind athlete following a rope and running the 100-yard dash. That’s pretty impressive,” Sisk recalled.

To our athletes, Doug Sisk sends this message:

“We miss y’all and are looking forward to being with you. Keep training and eventually, we will be able to be there to support you as you compete for your medals,” Doug encouraged.

“Shout to all the Torch Run officers! It’s been a trying time, but we will do everything we can to support SOTX,” Sisk said in closing.

*Over The Edge is an LETR event that raises funds for the Special Olympics in which participants repel down the side of a building.

Special thanks to Doug Sisk and the Duncanville Police Department for their continuous support of Special Olympics!