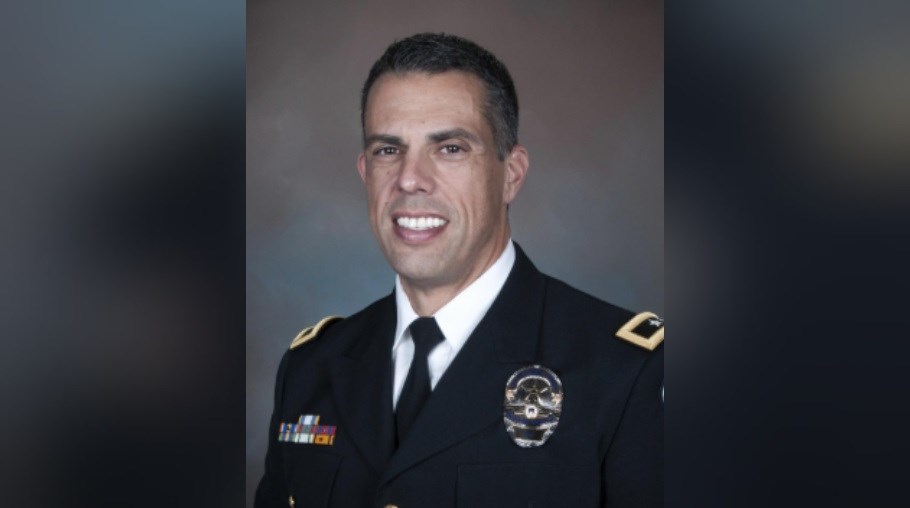 Joe Chacon is the Assistant Chief of Police for the Austin Police Department. He never had much of a law enforcement influence growing up, in fact, Joe used to work as a manager who hired off-duty officers to patrol where he was working. It was then that the thought came to his mind to join law enforcement. Prior to that, he said, “I never once thought about being an officer”.

Originally from El Paso, Texas, Joe had a bit of a “culture shock,” when he arrived in Austin, he recalled. “El Paso is about 80% Hispanic and Austin is about 30% Hispanic, so that was different,” he said.

Considering the recent officer indictment in the Breonna Taylor case and increasing visibility of race relations nationwide, it seemed fitting to ask Assistant Chief Joe Chacon about his perspective on community engagement.

Joe replied, “Our department has enjoyed good relationships, including ones with people who have experienced inequities. We really try to be transparent. Our former Chief, Art Acevedo, had been working with the community to build that. Transparency has been broken down across the country. Everyone has an opinion about the police. I won’t act like our department has done everything right either.’’ Our job, he said, “is to manage public assembly and keep the community safe. We work with organizers to respect the right to voice opinions. Cases like George Floyd and countless others prompted us to put task forces together to work on changing the systems that have historically oppressed people of color.”

Next, a question was posed about the potential overlap between his work and his personal life. “Life in uniform has defined life outside of it. This profession embodies who you are,” he said. Special Olympics provides an outlet where people are not concerned about what he does for work which definitely helps to de-compress.

“Our daughter has become such a focus that our closest friends are involved with special needs. All our friends at Special Olympics Texas (SOTX) are not concerned about me being a cop. It’s a huge outlet for me. Sometimes officers only are friends with officers and naturally become distrustful because we deal with a lot of the negative,” he said. He encourages all of his officers to find friends outside the force. Joe encourages the majority of his officers to “unplug. You can’t be on 100% of the time, and be healthy,” he emphasized. Regardless of rank, Joe strongly suggests the use of PTO, outdoor activities, spending time with family, and finding interests aside from police work.

Joe reminisced on his first time running with fellow officers in the Summer Games. “It was the Summer Games when they were in Arlington. My group and I ran into the stadium, packed with people. There were hundreds of athletes there waiting to compete. They’re my superheroes,” he said with a grin. This experience was his favorite of all.

Austin PD participates in annual Torch Runs, Tip A Cops, opening ceremonies, and their main fundraiser is the Run with Heroes. Run with Heroes is a 5k, dual-focused event. The first focus is to be a fundraiser for the Special Olympics. The second is to honor heroes that have died in the line of duty. These heroes previously served as police, fire, or emergency medical staff. The fallen are honored with banners and t-shirts. Run with Heroes is Austin PD’s largest fundraising event and it is also well attended by media outlets.


Special thanks to Assistant Chief Joe Chacon and the Austin Police Department for your continued support of LETR and SOTX!