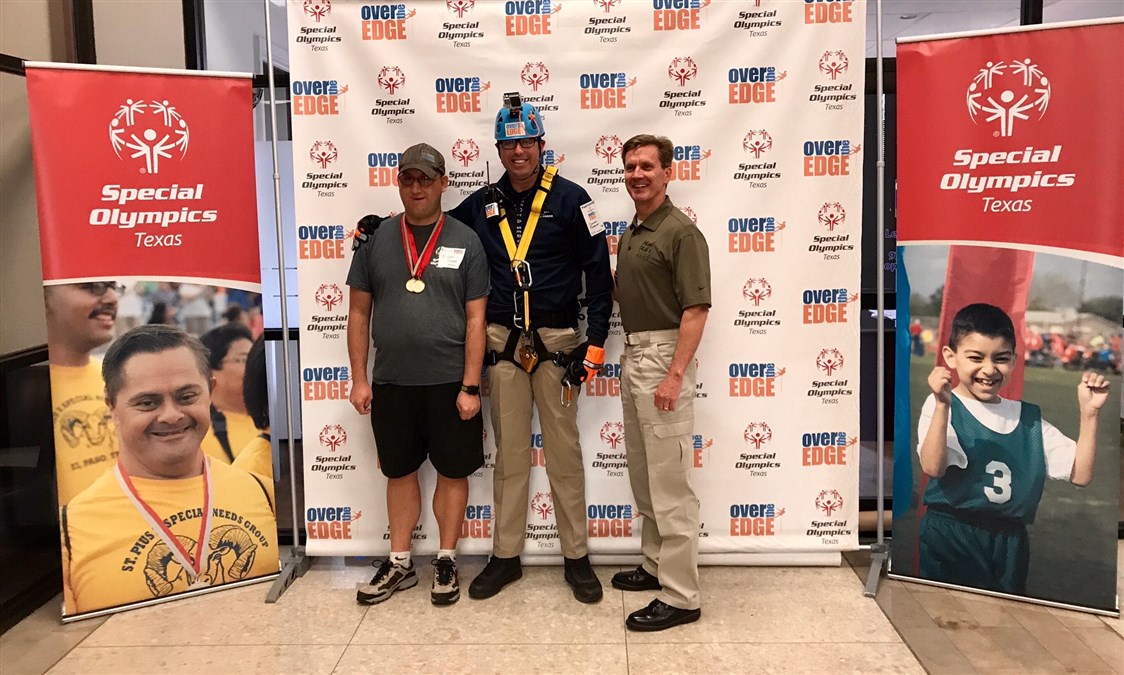 “I love my community. There’s no secret there. I’m blessed to work side by side with the best department. I appreciate SOTX athletes and families for sticking with us side by side.”


Chief Daniel Scesney is from California and grew up near the former Dallas Cowboy’s training facility. Little did he know he would spend the bulk of his career in the Dallas-Fort Worth area, specifically in Grand Prairie, Texas. Daniel joined the Marine Core at age 19 and served as a military police officer for four years. He met his ex-wife in California and ended up moving to Dallas because she was from the area. Referring to the move, Daniel said, “It was one of the smartest decisions I’ve ever made.” He has 2 kids, a 16-year old boy, and an 11-year old girl. “I enjoy coaching my daughter’s softball team and watching my son compete with his high school baseball team when I am not at work. They make my world turn,” he said. Chief Scesney currently serves on the LETR State committee in addition to being a family man.

Daniel did not have many external influences on his decision to join law enforcement. He showed me a picture on his desk and said, “This was me on my first day of kindergarten.” Young Daniel was dressed in a cowboy hat, vest, and had a police officer badge on his chest. He said, “It was something I have been laser-focused on my entire life. Whether it was serving my country as a United States Marine, or the citizens of Grand Prairie as a police officer, giving back is something I have always been drawn to. Completing both my undergraduate and graduate degrees in Criminal Justice and Criminology were both steps to better equip me to accomplish that goal,” Daniel remarked.

Despite the pandemic, the Grand Prairie Police Department hosted a Unity Rally involving people from all walks of life on June 19, 2020. Chief Scesney, “noticed a lot of issues with civil unrest in other parts of the country so he reached out to community partners, believing that the way forward was with love, empathy, unity, and understanding.” Daniel wanted to have as many voices and perspectives represented as possible; so, he gathered elected officials, faith leaders, civic leaders, citizens, and community organizers to speak. Over 1000 people showed up for the event and stood in a giant circle that spans nearly a mile.

Has your life in uniform affected your life and perspective out of uniform? If so, how?

“I am a little more cautious. I see officers in other parts of the country being ambushed and killed. Having kids, it’s certainly a concern. Not just for me, but for my entire family both blood and blue. That’s the bad part. The good part is that being a police officer is life-changing. Our team considers themselves problem solvers, not just crime fighters. Truly helping to change the trajectory of a person’s life for the better doesn’t just impact the person needing help, but also the officer, and the entire community. That is meaningful,” Daniel said.

What does your day to day look like in your current role in your department?

As the current Chief of the Grand Prairie Police Department, Daniel splits his days working on crime-fighting strategies and building relationships within the community. Daniel described his duties saying, “Every chance I get to talk about the good going on in Grand Prairie, I take it. There are good, selfless men and women out there. I wish there was a better way to show the world who these men and women really are. They police our community with love, empathy, and respect every day, and I want the world to know it.”

Scesney believes that police get far better results when they are less robotic and are more relatable. “It’s amazing how disarming and de-escalating a simple smile can be. I knew we were doing something right when people were calling the police station, even after receiving a traffic ticket, to commend our officer’s demeanor,” he said with a grin on his face.

“My first interaction with SOTX was at the line level. You name the event, we have done it. Firetruck Pulls, Over-The-Edge, Tip-A-Cop, Torch Runs, just to name a few. I’ve tried to stay involved as much as I can. When you see the pure joy on the faces of Special Olympics Athletes, it truly recharges your batteries.” Daniel said.
During the interview, Daniel emphasized the importance of mental health for his officers and the community. Daniel is proud that his department recently implemented the Community Outreach Partnership and Education Program, also known as COPE, to support the mental health of the Grand Prairie community. COPE gives officers critical diagnosis information on participants as officers respond to mental health emergencies. COPE is brand new and Daniel is hopeful that this program will save lives and offer key mental health details to aid officers in facilitating safe outcomes for everyone involved.

Daniel added that police officer mental health is critical as well. “Special Olympics is a fantastic tool that helps keep our officers mentally health; the interactions officers have with Special Olympians are mutually enriching,” Daniel said.

“It is difficult to pick just one. At virtually every event you get to see an athlete’s face light up with joy…it is soup for the soul. I’d encourage anyone who has not gotten involved with Special Olympics to join. You get far more out of it than you put in,” Daniel encouraged.

Daniel concluded by adding, “Special Olympics athletes are the most resilient people I know. Who am I to give them advice? They encourage me and my officers every day and have conquered such adversity. I’m so sorry competitions have been canceled but thank you for allowing us to be a part of your lives,” Chief said.


Special thanks to Chief Daniel Scesney and the Grand Prairie Police Department for your continued support of the Special Olympics. For more information about COPE or any of the other programs mentioned in this article. Please visit grandprairiepolice.org or https://www.sotx.org/. 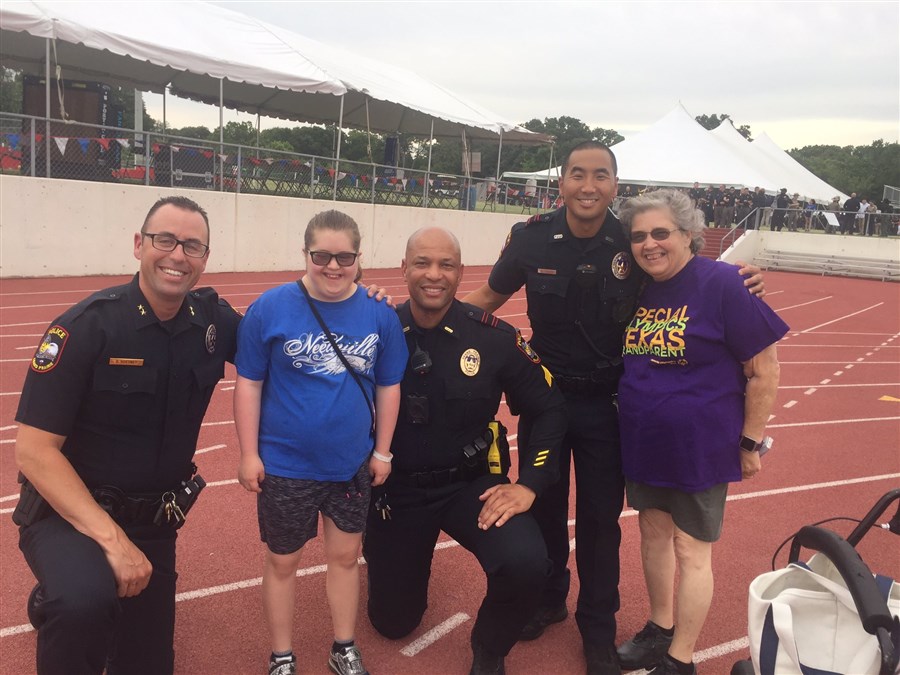