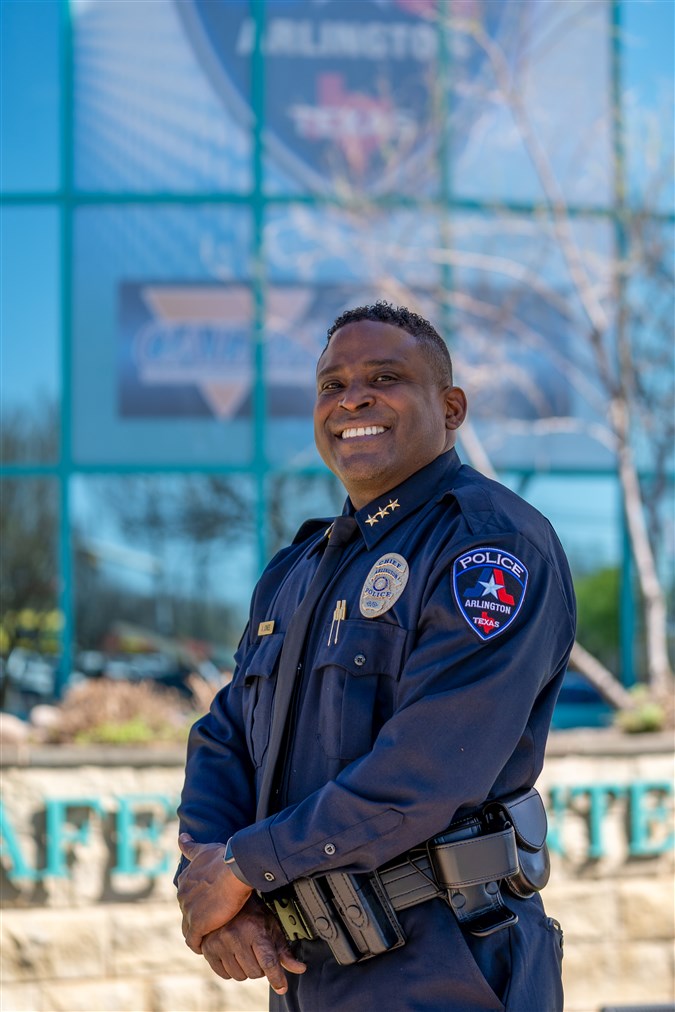 Chief Jones introduced himself first, “I am actually from Connecticut. I’ve been with Baltimore County. After being in for 25 years with Baltimore County I started to develop myself to become a chief. Nine years ago I started developing myself educationally;  it was time to move on. I didn't want to have to go and build a whole new department. When I started researching communities, I found that the Arlington community is very supportive of the police department.”

I asked the Chief how he originally became interested in law enforcement. He said, ”My mom used to be a crossing guard with the New Haven Police Department. I got to interact with a lot of officers because of her. Law enforcement is a calling. I studied business management in college. I was working in stock management for 3 years before college but knew a change was needed.”

For Arlington PD, “there was a six-month recruitment process and January 11th was my start date. I am 75 days in and the transition has been excellent. I love to get out of the office. What I always talk about is transparency with open and honest conversations inside and outside the agency. Respecting and treating everyone with dignity. Sometimes people make bad decisions, but we still have to treat them well. We have to make sure to positively engage with the community, get into schools, and intentionally engage,” Chief said.

“Youth are my passion in law enforcement. We have to do a better job as an industry with our kids. I started a free clinic on Saturdays called Cops and Kids in Baltimore where we taught kids about engagement with law enforcement and basketball. That’s when you start building the trust and relationships that you need. From 2009 to 2010 everyone was suffering, and we started cutting the social programs with youth. As soon as I had the opportunity, I got us back into PAL,” he said.

I had to ask Chief Jones about how his experience has been so far. He replied, “Awesome! The first 75 days have been a tremendous learning experience. There are 900 new faces as well as getting to know the community. It’s kind of difficult coming in during a pandemic and it’s kind of tough to build a relationship over the internet. Other than that it’s been so rewarding.”

I asked Chief Jones and Deputy Chief Cook if their perspective and outlook had changed since becoming part of law enforcement. Chief Jones answered first saying, “This is a calling. To take this calling on you have to make sure you have the highest level of integrity. Our community wants us to be a department of integrity.”

Deputy Chief Cook answered, “I grew up watching firefighter shows but by the age of seven I was hooked on wanting to be a police officer. I grew up with an exploratory program similar to the Special Olympics. I was too young to be an officer so I went to the military. The day after I got out of the military I joined law enforcement. It’s been 26 years now.

He went on to say, “Arlington is one of the premier agencies and it's because of the community connections. The community will accept higher crime but not a department that does not care. That’s why the Special Olympics is so important.”

Deputy Chief Cook continued saying, “We allow our officers a wide latitude to participate in SOTX activities. We have dunk booths for example. For $10 you get to try to dunk the chief. At the end of the day, we do it for the smiles. It’s an intrinsic reward for us and it's raising much-needed money. Officers want to be there. Gus, Angie, and so many others go above and beyond. We get a lot of good feedback from our LETR events.

“I have a step-child with special needs myself. Floating harbor syndrome. I know first hand the struggles of parent life. It’s encouraging to know you're not the only parent who faces these challenges. There are good days and bad days. It’s really important to educate and support other parents. If I can connect with a parent, in a similar situation it’s a great feeling. You get affirmation with SOTX and LETR.” -Deputy Chief Cook 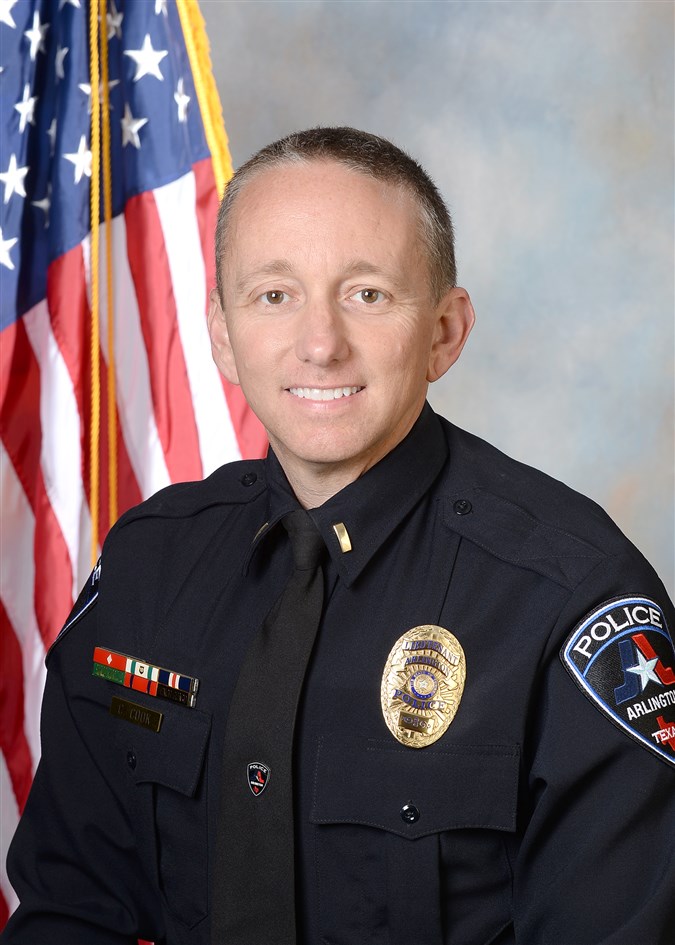 “In Arlington, the Torch Run is my favorite event. We get all the police cars dolled up. It’s the athlete’s special day. It's their moment. You see athletes out there teared up, clapping, yelling, and excited. That's the most rewarding experience,” Cook said. Chief Jones was involved with the Special Olympics in Baltimore. He shared a fond memory of a race that ended at Boston University. “Officers were dancing, people were clapping as LETR ran in.”

Deputy Chief Cook gets emails from constituents thanking the police and asking for police patches. Since this happens pretty frequently, Cook didn’t think twice about it. He arranged a time to meet with the individual and bring them the patch. “I thought I was communicating with an adult. It ended up being an athlete who had been involved with the Special Olympics. He’d attended one of the Torch Runs in Arlington!” Cook announced. All along, Cook had no idea that the link that would bond him with a constituent in this way would be the Special Olympics and LETR.

To close, Chief Jones shared a message with Arlington athletes, “I think what they are doing is awesome and we have to make sure they are staying encouraged. We have to keep supporting them in their endeavors whether that's raising money or being there in support.”

Special thanks to Chief Jones and Lt. Cook and the Arlington Police Department for your continued support of LETR!