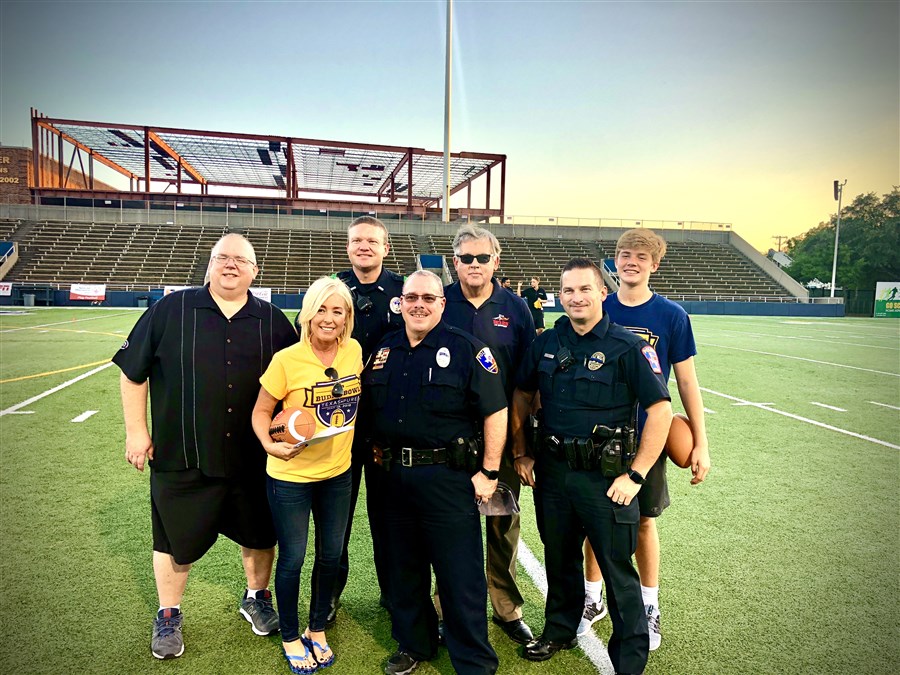 As soon as Chance Graves could participate in Special Olympics (SOTX) and Law Enforcement Torch Run (LETR) activities, he did! Chance serves the city of Allen as a Community Relations Officer and participates in the Statewide LETR Committee as the North Region representative. In Chance’s current role as a Community Relations officer for the Allen Police Department (Allen PD), he gets to be heavily involved in community engagement and relationship building.

One way Allen PD ensures community engagement is through their Citizen’s Police Academy. Over the course of 12 weeks, citizens learn about everything the department does. Topics include the Criminal Investigation Department, Crime Scene, DWI Enforcement, Mock Traffic stops, a visit to the K-9 training facility, police driving track, and even a night at the Allen PD Firearms Training facility. Chance reflected on one relationship in particular that changed his perspective of life and police work. This relationship is with an African-American man named Mark Joseph, who showed up to a Citizen’s Police Academy meeting and asked some uncomfortable questions. Sensing a reluctance in answering some of his questions in that setting, Mark extended a dinner invitation to the officers to continue the conversation. Chance accepted. “I learned a lot more from him than he did from me during that dinner,” Chance noted.

Since that evening, they’ve maintained contact, and recently, at the encouragement of his wife, Mark reached out to Chance to discuss an experience he had with police. After a police encounter, Mark was left so shaken up that he didn’t come out of the house for a couple of days. That’s when Mark’s wife told him to call Chance. “He was scared out of his mind,” Chance recalled. “When I get stopped by the police, I am fearful of a ticket, not anything else,” Chance said. Chance shared, “police are constantly walking into unknown situations, and if people follow police instruction, we would all be a lot safer. We (Officers) have a family to go home to.”Mark explained that his fears are much greater saying, “I have a family who is waiting for me to come home too.” Neither man had ever considered the other perspective. Chance and Mark’s continuing relationship is a point of pride and growth for both men.

LETR offers a way for community members to view officers in a more positive light, and Chance has been a part of countless LETR events. LETR is the largest grassroots fundraising organization for the Special Olympics. Allen Police Department’s largest fundraiser and community event is the Annual Allen Softball Tournament. Allen PD hopes to host its second annual tournament in April 2021. The Allen Department usually participates in drive through birthday parties, LETR merchandise sales, Tip A Cops, and many more events. “Covid stopped all our events,” Chance said.

During these unprecedented times, Allen PD has had the opportunity to participate in multiple diversity and de-escalation training. Chance is especially interested in Unmanned Aerial Systems (UAS) also known as drones. Recently, with the help of two fellow officers, a new policy and curriculum were developed that will guide APD pilots during drone flights. Each pilot will be certified by the FAA as a Remote Pilot and their policy includes strict guidelines that will ensure citizens’ privacy during flights. Through a two week class, the department added eleven new pilots to the UAS Team.

While dealing with people on a daily basis, Chance said he, “tries to see people as people and treat everyone as a person and not their physical appearance …. Treating others the way I would want to be treated. How would I want my wife, father, or sons to be treated? Being upfront and honest takes a lot of the variables out.” Chance said, “some departments need change. Good officers watch videos and want accountability more than anyone. I would not work for a department that did not respect people’s rights. That’s just not the type of person I am.”

LETR events provide an opportunity for people to see officers as people and not just an officer. Chance mentioned previous LETR Spotlight candidate, Doug Sisk, when talking about LETR and happily said, “All the memories are great. The return on investment you get with LETR is truly priceless”. Suddenly Chance’s tone changed. His voice trembled and he became teary-eyed when he said, “ When I see a sibling stand up and support their sister or brother ... I just love seeing family cheering for their athletes.” He recommended volunteering with SOTX and LETR events saying, “if you have not been, you’ll love it, I promise.”

Chance’s family consists of his wife, Sara, and two young sons, Ryder and River, who tag along for LETR events. Ryder’s favorite shirts are the ones he’s gotten from attending LETR events.

Chance did not decide he wanted to be an officer until he entered college. Originally he wanted to become an engineer. “I love math! Civil engineering is what I wanted to do. I wanted to design bridges and dams and be able to know exactly when they’d fail before they did. But after one semester, I knew where my calling was … Public Service in the form of a police officer. I have always been the “nosy” type. I like to know what’s going on and have the opportunity to go straight into those situations where others are running away. It may sound cliché, but I really do like helping people and I get to do that every day. My parents raised me to never miss an opportunity to help someone. My first interaction with police was at my mother’s hair salon in Wylie, Texas when I was four or five. The officer let me hold his baton. That’s when I knew what I wanted to be when I grew up,” Chance recalled.

Chance concluded by providing encouragement to local LETR. He said, “LETR keep doing what you’re doing and do some more. Get more people involved,” with Special Olympics Texas.

Special thanks to Chance Graves and the Allen Police Department for your continued support of the Law Enforcement Torch Run and Special Olympics Texas! For more information about events going on in Allen, contact Chance Graves at cgraves@cityofallen.org. 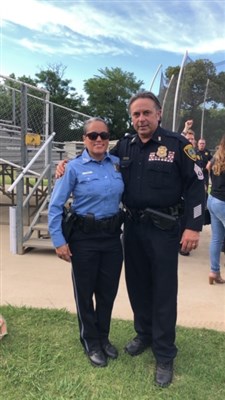 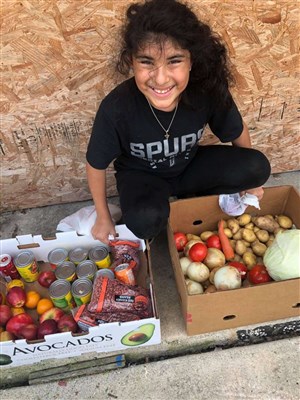 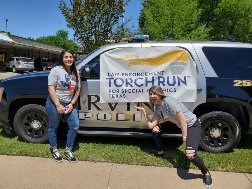 11/3/2020
Karina had positive interactions with the Student Resource Officers (SROs) and now, she is grateful for the opportunity to see them again and interact in a professional space because of her job. “My elementary, middle, and high school SROs are still here. School-wise, I was office aid. You see them on a different level and realize they are there to help the kids succeed. They’re cheering you on on the sidelines regardless of what you choose to do,” she said. Once she finishes nursing school, Karina wants to be an elementary school nurse. 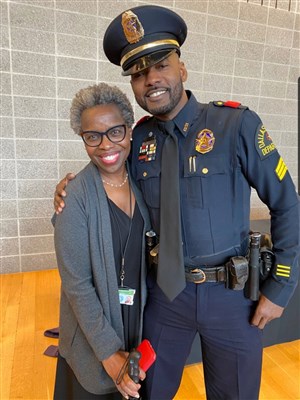 10/26/2020
Sergeant Ira Carter has known for a while that he needed to seek a career path that included service to others. “I always wanted to play sports and protect and serve. I wanted to give back to the community and show the community that there were any African American officers. Even though there’s a stigma about the job, we too can do it and do it well too... I love being able to bring awareness to things people don’t know about. My favorite is being able to help,” he said.