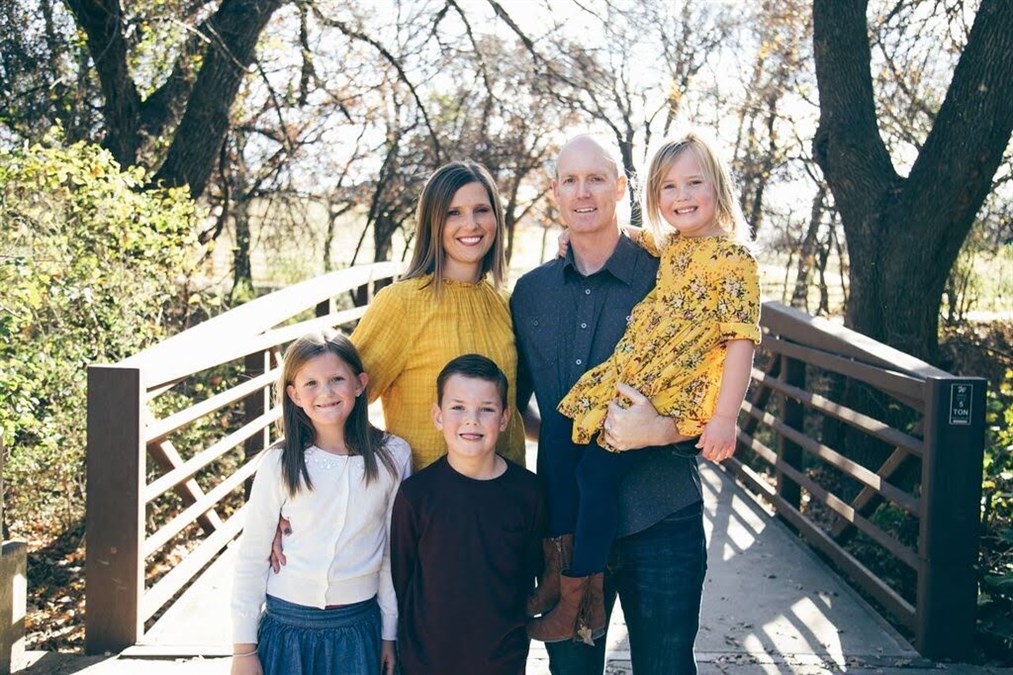 Hooah! Hooah!
Did you know Captain Chad Allen of Keller Police Department spent the beginning of his career in service to the United States Army? Now you know :)

Allen graduated high school and served in the United States Army from 1997-2006. He served in many countries all over the world including: Afghanistan, Iraq, Germany, Egypt, Kuwait, Qatar, Turkey, and Jordan. His time in the Army exposed him to new ideologies, cultures, opportunities, and learning experiences. He “wanted to protect opportunities and freedoms that we have as Americans. Working in countries and seeing families living in oppressive conditions, lawlessness, lack of access to basic needs, children (mostly girls) unable to go to school or attending and experiencing the threat of violence, and a general lack of hope of a better future drove me to want to serve back home,” he said.

Once Allen returned to the states he began looking for a position in the Dallas-Fort Worth area. Both he, and his wife, a school teacher, applied for jobs in the Keller.  Fast forward a couple of months and on St. Patrick’s Day in 2006, Chad and his wife had both secured positions in Keller. They transitioned from Dallas to Keller that day.

Allen is the only person in his family who is in law enforcement. His decision to join was well received and supported by most of the people closest to him. But Allen admitted, “some were genuinely concerned.” Since Allen worked nights for his first six years in law enforcement some of the friendships he had became strained.

Like most law enforcement Allen started in patrol, working on the streets. He was promoted to Corporal, Sergeant, Lieutenant, and now functions as the Support Services Captain. He and his team are responsible for public safety dispatching and the 911 center for Colleyville, Keller, Southlake, and Westlake. He also oversees the regional animal services where  they rescue animals, educate the public on living with both domestic animals and wildlife, and partner with the Humane Society of North Texas to help animals get adopted. Some of his other responsibilities include the regional detention facility, training division, records, capital projects, and purchasing of fleet vehicles. Allen spoke candidly saying, “I have a really good team, and we have built great partnerships through communication with our neighboring police departments over the years. It helps us provide better public safety services to the northeast Tarrant County area.”

He continued saying, “Unfortunately due to the nature of law enforcement, police encounter people because there is something going wrong or there is a conflict. In this role you definitely have to be empathetic to the positions of others and be willing to listen.” Captain Allen tells his staff to, ”Bring joy to work and greet people with a smile. Smiles are contagious and infectious. Other people want to be a part of that. Inside you may be exhausted, but be warm. It takes work, but you do it because you value the person you’re interacting with”. This is why Keller PD’s visibility and involvement in LETR is so vital.

Captain Allen said, “As a department we try to participate in LETR every year. Here in Keller, we have a torch run going past three schools. Students come out of their schools, line the streets, and cheer  on the officers and athletes. It’s like a parade! Athletes follow us around with flags and ride behind us in their cars. The athletes get  into it and get fired up. I love that! I miss that ability to get together. It’s great seeing how many people are getting vaccinated and the public health numbers improving. I think people are excited to be able to see each other and gather again, but still want to be cautious”.

With the timing of the stay at home order, I had the idea of a run to bring awareness to our athletes. I reached out to neighboring agencies to coordinate efforts. We started in one town and went to the next. We were able to incorporate social distancing and still bring awareness. It was an idea that came around during a time of isolation. I thought it offered a chance to show unity and support for the athletes. Watauga, Keller, Hurst, Southlake, Colleyville, and North Richland Hills participated in Captain Allen’s virtual run last year. Altogether they raised about $6,000 with their joint efforts. “All the departments have had a lot of new hires that got exposed to the Torch Run that day. It was able to inspire them for LETR and that’s important,” Allen stated.

LETR events help by breaking down barriers of initial unfamiliarity with police and Special Olympics activities. “ People like to go to places that are familiar  to what they know. Sometimes we’re not sure how to get involved, but once you get people in they’re hooked. Sometimes it’s the not knowing that holds us back. Having another officer bring you along makes you feel comfortable. When you’re recruiting, especially those who aren’t naturally attracted (to law enforcement and SOTX), it’s important to make them feel valued, and provide them with takeaways. Everybody likes to be pursued,” he noted.

Special thanks to Captain Chad Allen and the Keller Police Department for their continued support! 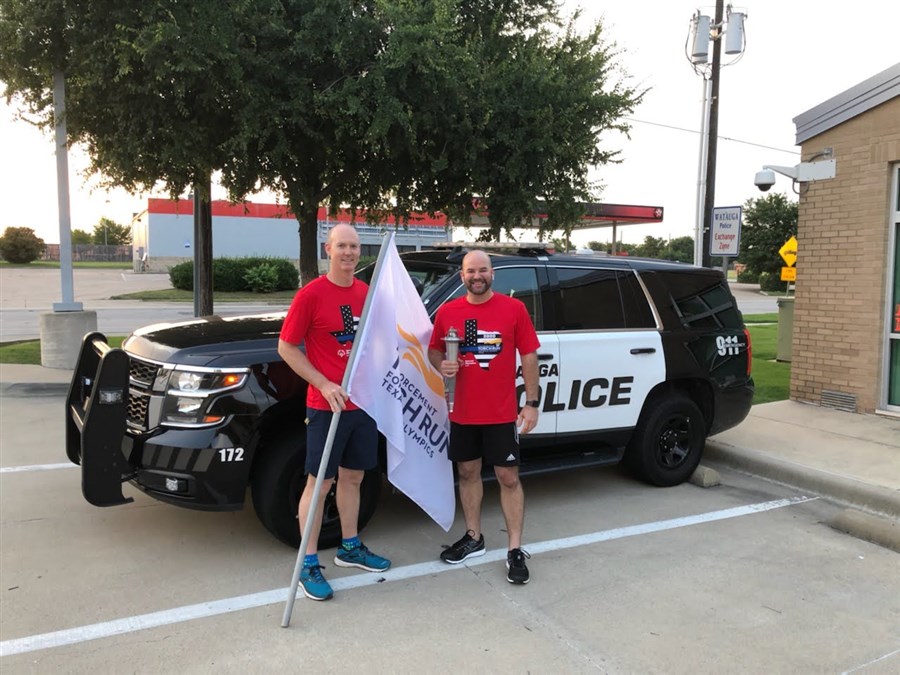