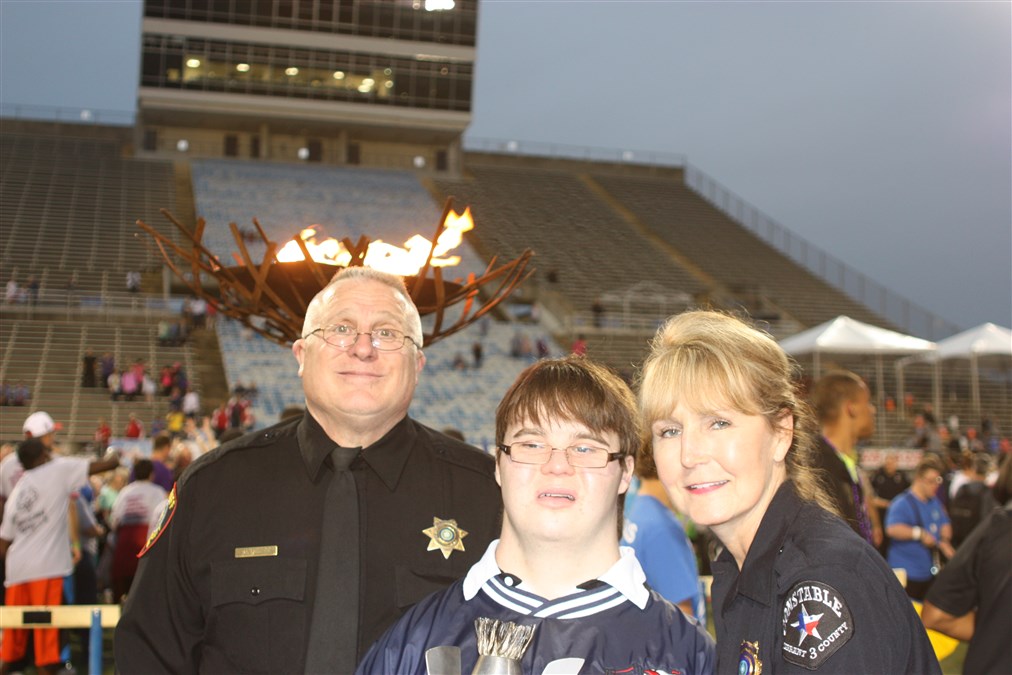 Throughout my 30 year career in law enforcement, I held several ranks and worked in several divisions in my department. I can tell you that I strived to handle every interaction, meeting, incident, etc. with the respect I hope would be given to me or any member of my family. Respect is something that is earned, just like trust. No matter what you do in your career, you have to earn someone's respect and trust. Everyone deserves respect, no matter where they are in their life’s journey.

No matter what your profession is your perspective is impacted by what you do for a living. Law enforcement gives you a heightened awareness of everything around you.  Whether you are in the uniform or out of the uniform, active or retired, you are and will always be an officer.  We are trained to protect others before ourselves. Because of what we do, we stress to our loved ones to always be aware of everyone and everything around them. We can’t help but hold on a little tighter and longer because of what we have seen in our careers.

Many times, my family would be out and we would run into someone I had dealings with in my job; but because I treated them with respect, they would thank me and respect me in return. Because we are held to a higher standard, when someone in our profession acts unjustly, it sheds a poor light on the entire profession everywhere, no matter where the incident happened. This is why we must be extra diligent in performance of our duties treating EVERYONE, and I mean EVERYONE, with the same respect that we expect for ourselves.

My wife’s grandfather was a retired Chief Investigator for the DA’s officer and retired DPS Sgt.  He was probably the biggest influence on my decision to join Law Enforcement.  My family was extremely supportive of my decision and I’m grateful for the opportunities I was given throughout my career.  I grew up a military brat and moved a lot.  But from what I remember, I had a relatively positive experience with law enforcement, or as positive as a mischievous young boy could have!

In 1986, Colby, our first child, was born. Colby was blessed with the gift of Down Syndrome.  My wife and I jumped in with both feet, looking for everything we could find to educate ourselves and help us learn how to give Colby everything he needed to be successful.  When Colby was 8 months old my wife saw a volunteer opportunity for our local Special Olympics organization.  She volunteered and Colby and I went to watch.  Two months later I joined the Sheriff’s Department, but knew nothing about the LETR.

Fast forward 7 years, I was a Lieutenant with the Sheriff’s Department and had Sergeant Fred Walters assigned to me.  He started selling shirts and talking about running. I really wasn’t sure why he was selling the shirts, but I liked the design, so my wife and I helped him sell them. After learning more about LETR, who they are, and who they help, I was hooked! I went from selling LETR shirts to Assistant State Director of the LETR.

My son became an athlete and my daughter became a unified athlete for SOTX.  My wife, who is also a Law Enforcement officer became involved with not only LETR, but Special Olympics.  We started a LETR Casino night. We’ve participated in Tip A Cops, cleaned windshields, wore a McGruff Suit in 100+ degree weather, sat in a dunking booth, took pies to the face, dressed as Santa, pulled airplanes, and the list goes on. I brought the Polar Plunge to Texas after attending an international conference in St. Louis, MO and now they are being held all over the state and raising thousands of dollars. There isn’t much I wouldn’t do to help athletes like my son. We have been involved in every aspect of the Special Olympics and the LETR for over 30 years.

I am not sure I can single out one event as my favorite, so I’m going to give you three big LETR memories that are dear to me. The first memory is of my wife and I being selected to light the Flame of Hope at opening ceremonies with our son. We got to run the torch in and light it as a family. The second memory is my son being selected to represent Texas at the World Games in Athens, Greece. At Opening Ceremonies we watched as officers from all over the world came in and formed a gauntlet for the athletes. It still brings tears to my eyes thinking about it. The third memory is of me and my wife. We were nominated for the John Carion Unsung Hero Award for the International Law Enforcement Torch Run Conference. I cannot express how honored we were to have been nominated and the first and only couple to have won this award. We don’t do this to be recognized; we do this for the athletes like my son.

During these hard times, I am grateful for the technology we have available. If this had happened 7-10 years ago, these athletes would have been completely secluded; but with technology such as Facetime, Zoom, Facebook, Instagram, Tiktok, etc., We are able to stay connected with the athletes and they can stay connected with their friends and families. My advice to the athletes is to continue to stay strong, be brave and know we are here for you.