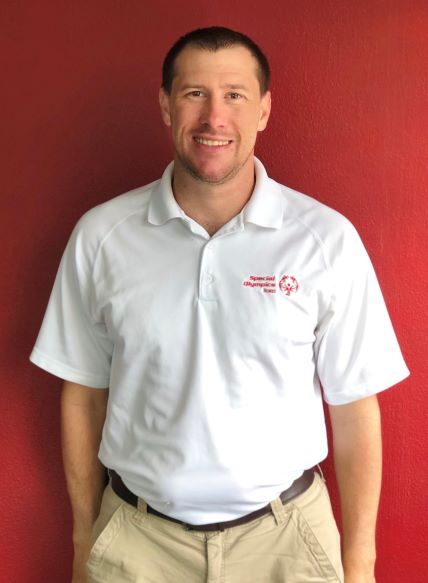 Bradley Gwatney was named Area 18 Permian Basin/Big Bend Program Director as of June 13, 2019.  Bradley has worked with Special Olympics since 2005 when attending High School in Arkansas. In Arkansas, he worked with local High School athletes competing in events, officiated sporting competitions, volunteered at several state held games, and attended a summer camp for Special Olympic athletes where Bradley was certified as a Special Olympic coach.  He moved to Odessa, Texas in September 2012 to pursue a career in higher education working at Odessa College and later Sul Ross State University in Alpine, Texas. Bradley begin working as a day of event volunteer for the Permian Basin/Big Bend area in 2013. In 2016, Bradley joined the Area Sports Management Team as the Competition Director of Basketball and Athletics Competitions. He has attended several state held competitions including Fall Classic, Winter Games, and Summer Games.  At those events, Bradley has been a part of the state equipment team and has severed in other contributing roles to make the games a success. In the coming weeks, Bradley has stated that one of his first goals is that he wants to get out into Area 18 and talk to coaches, athletes, key volunteers, LETR, and other contributing members so that together, positive changes can occur in the area. If you have any questions, Bradley can be reached by e-mail at bgwatney@sotx.org.

6/16/2020
SOTX Gives Back is an initiative by which SOTX staff get out into their local communities and help those in need!

A tribute to Officer Knox

5/5/2020
The Special Olympics Texas tribute a fallen member of LETR.