Do you have an amazing athlete or coaches story? You can submit your own SOTX Feature Story here. 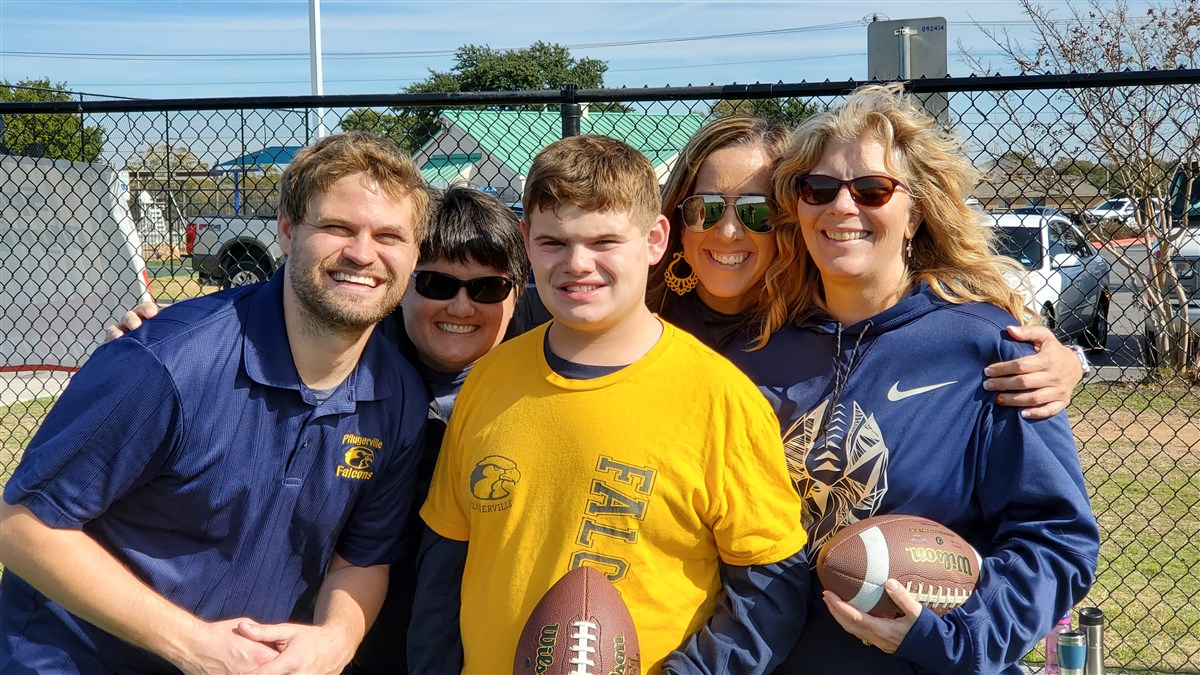 "My son, Dylan Mast, is a 17 year old with autism and intellectual disabilities. After years of hesitation on my part, he entered the world of Special Olympics and I had no idea how much his life and ours would change! Not only was it hard for me to imagine him participating in a team sport, I could not see him getting any personal satisfaction from it. I am here to say not only was I wrong, but he has been fortunate enough to have an incredibly supportive crew of Special Olympics coaches in Pflugerville who have fostered his love for team sports and helped him be a part of something bigger than himself.

One coach, in particular, who has deeply impacted Dylan is Coach Twyla Allen. Not only has Dylan been lucky enough to have her as his coach in a variety of sports throughout the years, but he has had the privilege of working with her within the Pflugerville school system as well.  She has been his cheerleader from the very beginning and has watched his physical, social and emotional transformation that Special Olympics has helped provide. She believes in him and in his capabilities and her calm but consistently upbeat demeanor lets Dylan know that he can do anything! He is always excited to see her and he knows what she expects of him.  Through her consistent love and support not only does Dylan love to please her, he has become intrinsically motivated to achieve any goal she sets for him as well. Coach Allen sets a high bar for Dylan through attainable goals and encouragement and is always there to give him a high five and cheer him on. He knows she’s got his back. Long after Dylan is done with Special Olympics and working with Coach Allen, her impact on him will remain and will be far reaching."