Ian Update: The heart of a confident competitor!

Hey all, we finally got to see Ian yesterday. We watched him skate compulsaries, of which I saw you have fabulous photos. Attached is his ESPN interview afterwards. We checked him out today and went site seeing around Graz. He had his first German pretzel. The sweet guy was bushed so part of our fun was coming to our apartment to show him around and then he crashed for a 30 minute nap before we headed over to cheer in his teammates in their compulsaries.

At his compulsaries he was pretty nervous. The enormity of what was happening hit home as he put his blade on Olympic ice for his first competition. If you saw the ESPN interview you could see he was quite choked up. Today he is calm and collected and has decided he's going to do his USA competition routine which is noise cancelling headphones so he can focus on his program, not what is going on around him.

Going in to the free skate competition he is fourth place. (His nerves at compulsaries had him forget to do his inside edges.) When he saw the scores, without missing a beat, he said, "Oh, I'll bring that up." The heart of a confident competitor!

ABC gave the team a GoPro today so that could be fun footage! 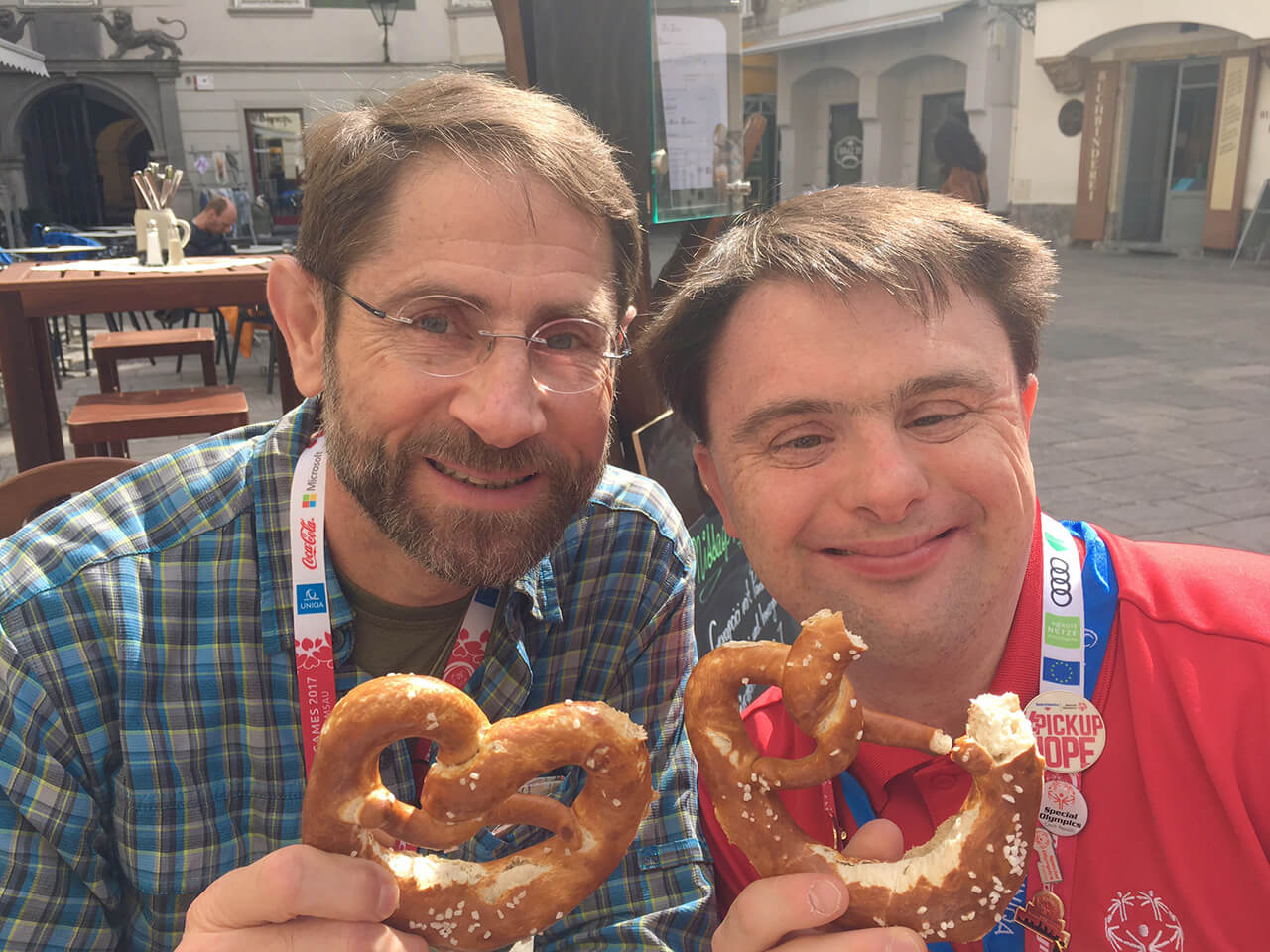