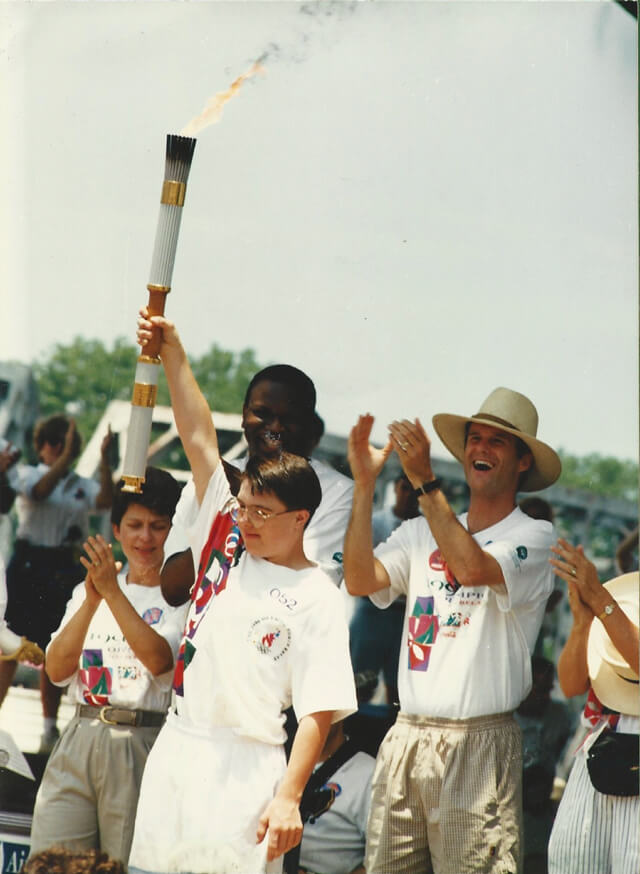 In 1996, Ian Rawn was nominated as a community hero for his volunteerism in Little Rock, Ark.

Ian’s mom Cinde explains it was at a time of transition for her son in which he was experiencing the heartbreak of not being able to keep up with his traditional peers.

“We picked him up early from school two days a week and took him to another school to let him volunteer in a classroom for special needs children with more complex issues,” Cinde said. “It was to help him see how much he has to offer this world and how much he matters.”

That volunteerism won him a JCPenny Community Hero Award, which in turn gave him a slot to carry the 1996 Summer Games Olympic torch.

“He was privileged to present the flame to the state of Arkansas and light the cauldron for the presentation,” said Cinde. 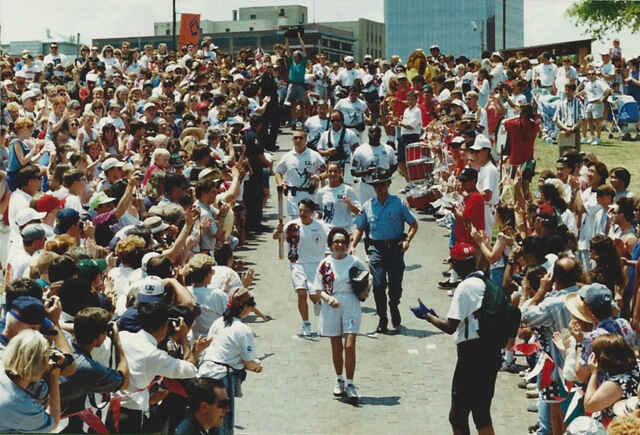 6/16/2020
SOTX Gives Back is an initiative by which SOTX staff get out into their local communities and help those in need!

A tribute to Officer Knox

5/5/2020
The Special Olympics Texas tribute a fallen member of LETR.