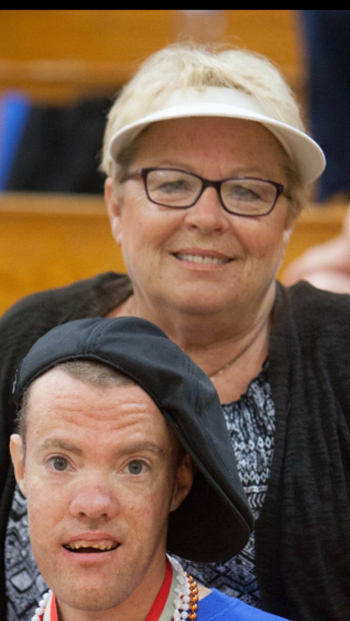 Special Olympics Texas (SOTX) has officially announced the winners of its statewide 2016 Volunteer Awards. Among the recipients, Area 10's Renae Carswell (Lewisville) has been named the Volunteer of the Year.

Carswell will be formally recognized at an awards ceremony on Friday, Oct. 14 in Bryan/College Station during the 2016 SOTX Fall Classic competition along with Saint Jo’s Laurie Martin (Trainer of the Year), Bryan Police Sgt. Jason James (Outstanding Volunteer for Fundraising), Jim Domer (Unified Partner of the Year) and the Mehnert family (Family of the Year).

Carswell has been involved with SOTX since 1993 when her son joined the program. Since then she has been a coach, chaperone, banquet chair, fundraiser, secretary and more. She works tirelessly to make sure that all of the athletes, parents, coaches and volunteers are fully informed with everything they need to know. She is also certified to coach eight sports and coordinates 3 state games every year.

“Renae is so much more than a Special Olympics parent, coach and volunteer,” said Margo Dunaj, Lewisville ISD Special Olympics aquatics coach. “She is that go to person who is always there to step up and do the job that no one else will do, pick up the athlete who needs a ride, make arrangements for a trip, and do anything and everything that needs to be done.”