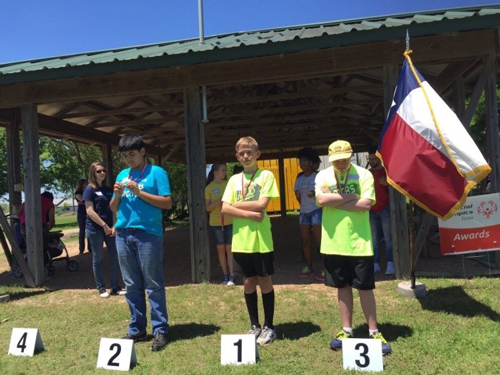 “It was very difficult at first, but I kept practicing and now I am getting medals and winning,” Luke says about his initial experience with SOTX.

As a seventh-grader at Cedar Park Middle School, Luke did not socialize like most of his peers. Most of them were on iPhones and social media, while Luke had very few friends at school and hardly talked to anyone.

Luke, now 12 years old, was officially diagnosed with Autism at the age of five, but his family knew when he was two. Since then, their daily lives have been tremendously impacted.

“We signed up with the Leander Lazers to see if that would make it better,” Suzanne Potts, Luke’s mother, says. “And it did.”

SOTX has made Luke more confident and social, helping him and his family overcome the daily challenges they face with his Autism.

“He struggles with pragmatics and day-to-day social interactions at school, so for him to have his tribe of people who love him and high-five him is great,” Suzanne explains.

Luke became involved with SOTX through the Leander school district more than a year ago. A fifth-grader at the time, Luke and his family could not find something that he was both interested and confident in doing.

He started participating in track and field because it seemed like a relatively simple sport and Luke is a fast runner.  Initially he was reluctant; he did not like the sound of the air horn and did not want to run.

Since then, Luke has opened up to playing both basketball and soccer. He is an excellent athlete and he has already accomplished so much with SOTX. 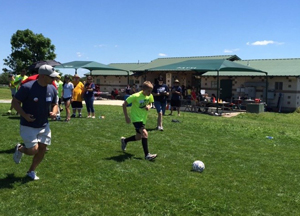 Luke’s favorite part about SOTX is winning medals because he says it makes him feel proud and confident.

For the first four weeks after his family convinced him to play basketball, Luke would stand there with his arms crossed, but by the fifth week they saw him become more involved. He came out of his shell when his team won first place in the tournament.

Along with a boost in confidence, participating in SOTX has made Luke more open-minded to trying new things.

The decision to play soccer was a huge step because Luke made the decision himself.  He says he is excited to play on a soccer team, because he has already made friends playing basketball and running track.

“I have been playing soccer with my dad for at least two years,” Luke said when asked why he made the decision.

Luke’s parents, Suzanne and Josh Potts, were pleasantly surprised when they heard their son wanted to play soccer because they are both former soccer players and they never thought Luke would want to follow in their footsteps.

Before SOTX, Luke had a small amount of friends and did not socialize much, but now he has become so talkative and social that he frequently initiates conversation.

Outside of competing, Luke enjoys playing Minecraft and playing hide-and-seek with his brother and friends.  Running and playing outside are his favorite things to do. 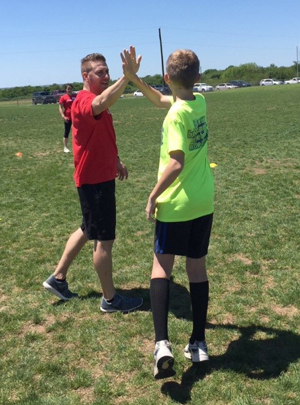 After winning medals, Luke became more confident and complaisant. He and his family began to see a different Luke Potts.

“It changed our perspective of him,” says Suzanne. “It helped us see him as an athlete and more social.”

Although he still expresses some reluctance, claiming that his least favorite thing is when he has to push himself, Luke’s parents and coaches continue to encourage him.

When he competed in track and field this year, both races were extremely close but Luke did not let this discourage him.

“Yeah, I just got second,” Luke said after the long jump, “but we’ll get them next year.”

Luke Potts displays such tremendous courage through his competitive and optimistic attitude.  His success exemplifies the rewards that come from practice and persistence.

He is eager to keep competing in SOTX in the future, running and jumping through life’s challenges.