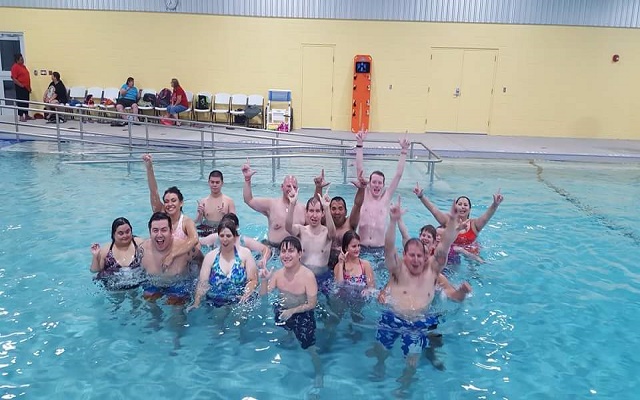 For the first time in nearly 10 years, Special Olympics Texas (SOTX) athletes in the South Plains Area will have the chance to swim for a gold medal in an area-wide Aquatics competition on Saturday, Sept. 10. The competition is being hosted by Southwest Aqua Sports (3909 N Frankford Ave), Lubbock’s largest swimming and scuba diving facility, which recently opened in July. Events will run from 9:00 a.m. - 12:30 p.m.

Prior to the Southwest Aqua Sports venue opening, other local facilities were either too expensive to host an event of this magnitude or they were unable to meet the needs of the athletes with intellectual disabilities.

“Thankfully, the Southwest Aqua Sports company relocated to a new state of the art facility over the summer and contacted us about partnering up,” said Ashley Pena, SOTX-South Plains area director. They have opened up their facility to our teams to be used free of charge for this competition and for their local practices. They are amazing!”

“We are so happy to have Aquatics back in Area 17 and would love for people to come out and see our athletes shine,” said Alfredo Garcia, head of delegation for Oreo Blast.

Among the athletes participating on Saturday will be Levelland resident Janie Contreras, a 34-year-old who has been competing with Special Olympics for the last 12 years with the Oreo Blast delegation. While she has participated in many sports over the years, this is the first year she is competing in Aquatics.

According to Garcia, Contreras speaks very little and has trouble walking long distances. Because this year is Contreras’s first year swimming, Garcia decided to place her in the assisted swim bracket to work her up to being a strong swimmer.

“She immediately told me, ‘I can swim’,” Garcia explained. “Needless to say, swimming is a strong suit for her and she will be part of our relay team.”

Competitors 12 years and up will be qualifying for the statewide Aquatics Competition, being held at the 2016 Fall Classic in Bryan/College Station from Oct. 13-15.