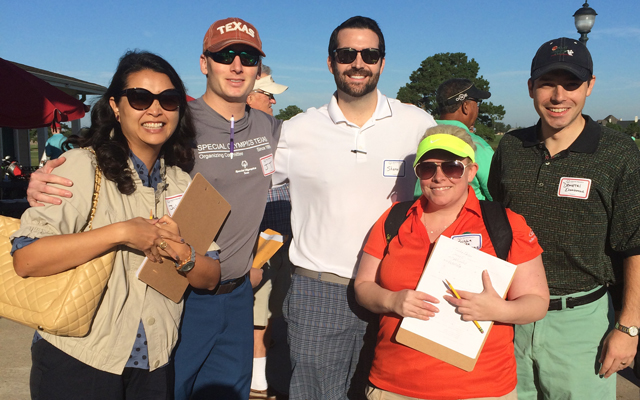 Special Olympics Texas (SOTX) officially announced the winners of its statewide 2016 Outstanding Service awards on Wednesday. Among the four recipients of this award, the Houston Bar Association (HBA) was recognized for Outstanding Service from a Civic-Service Organization.

The Houston Bar Association will be formally recognized at an awards ceremony on Friday, Oct. 14 in Bryan/College Station during the 2016 SOTX Fall Classic competition. HBA will be honored along with Major League Soccer’s FC Dallas team, San Antonio ABC affiliate KSAT 12 sports director Greg Simmons and San Antonio’s Gwenda Taggart, who all received Outstanding Service Awards for different categories from the non-profit organization.

Since 1989, HBA has been focused on supporting SOTX through its own Special Olympics Committee.

The committee is comprised of 32 HBA members that recruit other HBA members, friends and family members as volunteers, ensuring competitions and other SOTX events in the Houston area are fully staffed. For last year’s Giving Tuesday fundraiser, HBA participated in “Adopt a Special Olympics Team” and “adopted” the Reagan High School Special Olympics team. The funds that were donated were used by the team to purchase new uniforms.

“Each year, the committee has worked to supply thousands of volunteers for the various competitions,” said Bill Crook, HBA’s Special Olympics Committee co-chair. “Largely without fanfare, it is a commitment of the heart to invest their time for such a worthy cause, both on weekends and on weekdays, which sacrifices the almighty billable hour for many of the lawyers.”

Eugene Cook, Chief Justice of the Supreme Court of Texas, created HBA’s Special Olympics Committee while he was on the SOTX Board of Directors. His goal was to give lawyers in the area an opportunity to volunteer and see first-hand challenges that those with intellectual disabilities face. Since its establishment, the committee has volunteered more than 20,000 hours with Special Olympics Texas.