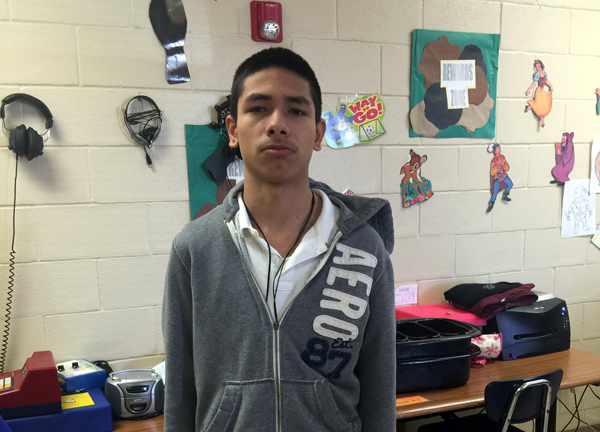 Rudy De La Cruz, 14, became involved with SOTX as an elementary student. He continues to participate in bowling and track and field now as an eighth-grader at Lamar Bruni Versana Middle School.

His favorite of the two is track and field. He likes to remember when he ran in the 100-meter run and won second place.

Very accomplished, Rudy has also won first place in the 4x100-meter relay. He is well on his way to accomplishing his goal of winning first in each event he participates in.

Not only does Rudy love to run with SOTX, he also enjoys to run outside with his friends and play football.

Outside of running and being active, Rudy likes to watch Rocky Balboa movies, eat pasta at Olive Garden and visit the malls in San Antonio.  When he’s old enough, Rudy wants to work at the mall so that he can help his mom out with money.

An optimistic Rudy says that thanks to SOTX he now has a healthy lifestyle and a positive outlook on life.