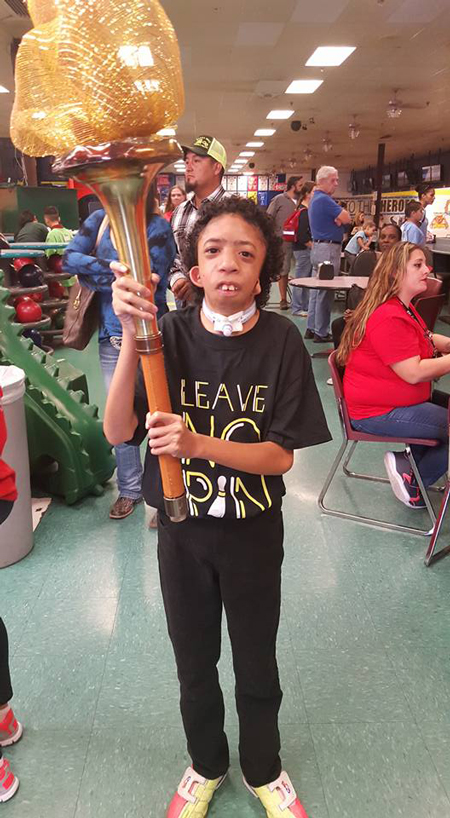 Damian Perry, a 10-year old from San Antonio, has been participating in Basketball and Bowling with Special Olympics Texas since 2014. His favorite sport is basketball and he loves rooting for his hometown team, the San Antonio Spurs.

He is a courageous young individual who claims the best advice he was given is to always try new things. SOTX gives him an outlet to do so.

Last year he placed 2nd in the SOTX basketball competition, but his most memorable moment with the organization so far came when he was able to carry the torch during the Opening Ceremony of the Area Bowling Competition.

Damian loves that SOTX has given him the opportunity to play sports and he is excited for his future as a SOTX competitor.

“I hope to continue to get better as I practice more,” Damian said when asked about his goals. “Also, I would like to try other sports.”