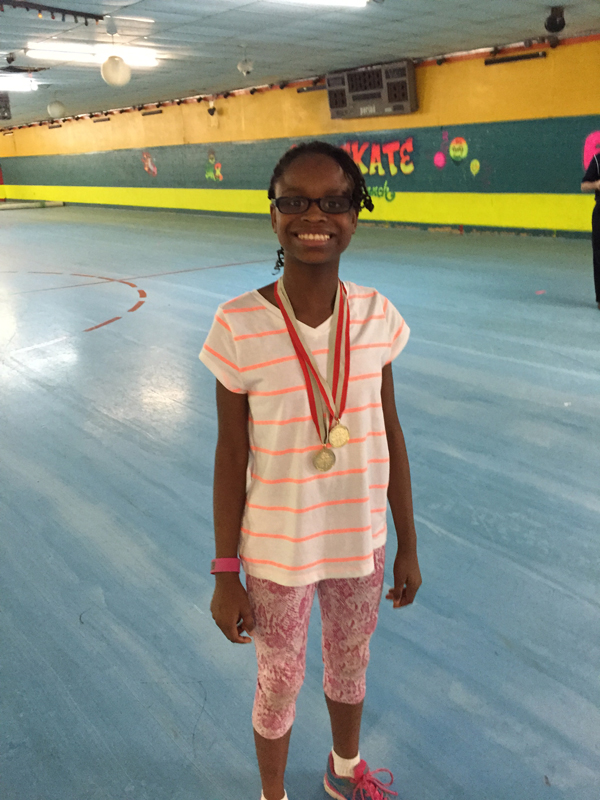 Ogonnaya Achinivu, a 12-year-old from Lubbock, TX became involved with SOTX in 2014 through a program at Mackenzie Middle School.  She participates in bocce, roller-skating, and her two favorite sports, bowling and basketball.

Ogonnaya is a well-rounded athlete, as she has won medals in all of the sports she participates in. Her parents, Chinedum and Ezenwanyi Achinivu, are always there to support her at any event, reminding her to keep trying.

Aside from sports, some of her other favorite things are visiting Africa, eating African food and watching the Nickelodeon TV show, “Sam and Cat.” Ariana Grande, the star of the show, is her favorite singer.

Ogonnaya’s hobbies include drawing and singing, both talents in which she is just as successful as she is in sports.

In addition to winning last year’s talent show at her school, Ogonnaya was selected as one of the two students from Mackenzie to be members of the honor choir.  She even sang the National Anthem at the SOTX athletics competition.

SOTX has taught Ogonnaya to work hard and try new things and her goal is to continue to do so.