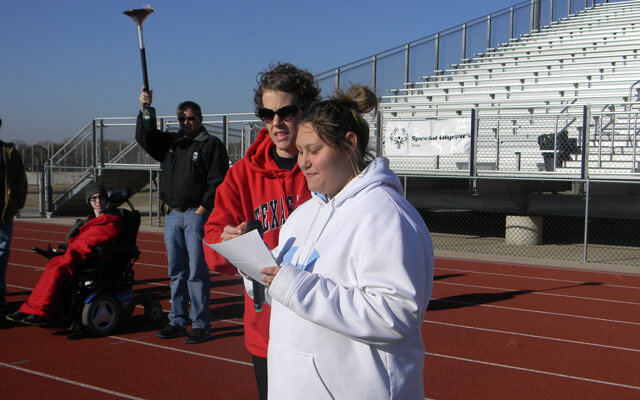 Special Olympics Texas (SOTX) officially announced its statewide 2016 Volunteer Awards on Thursday afternoon. Among the five recipients, Laurie Martin (Saint Jo) has been named the Trainer of the Year.

Martin, a North Texas area volunteer, will be formally recognized at an awards ceremony on Friday, Oct. 14 in Bryan/College Station during the 2016 SOTX Fall Classic competition.

Since the mid-1990s, Martin has been involved with SOTX as a physical therapist. She worked at a school helping disabled children and wanted to lend her skills to SOTX, so that students with intellectual disabilities could have a chance to compete in sports like their traditionally developing peers.

As a trainer, Martin helps teach other coaches in the area valuable skills that will make them more beneficial to the athletes. She is also a recruiter and seeks to increase the number of coaches in the program to give the athletes as many opportunities as possible.

“Laurie is passionate about our athletes,” said Mike Stickland, SOTX area director. “Working with her as a trainer the last three years has helped not only increase our coaching numbers, but also our reach in the Montague area.”

Her involvement with the school system and passion for SOTX has made her a valuable asset. Martin is able to recruit more athletes and volunteers for SOTX and assists with any trainings that she can to help make the programs the best they can be.