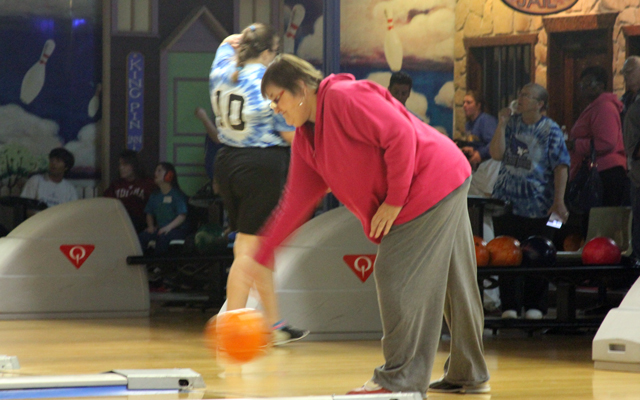 Special Olympics Texas (SOTX) has officially announced its statewide Athletes and Coach of the Year for 2016. Among the five recipients, Julia Kilgore (Wichita Falls), has been named the Female Athlete of the Year for the 22+ age group.

Kilgore, a North Texas area SOTX athlete, will be formally recognized at an awards ceremony on Friday, Oct. 14 in Bryan/College Station during the 2016 SOTX Fall Classic competition.

Kilgore has been involved with SOTX since 1998. To date, she competes in Aquatics, Basketball, Bocce, Bowling and Track and Field with SOTX. Her coach, Crysti Ruth, says she has substantially grown as an athlete and a leader.

“Julia always tries her best in all the sports that she participates in,” said Karen Spencer, an administrator at High Plains Health Providers. “She is a good sport and is very encouraging and supportive to her teammates. Julia does not let her age or disability interfere with her desire and ability to do her best.”

“She is a great leader for the team and always strives to help the others when in need,” Ruth said. “She not only helps physically but also by encourages others. Julia is one of our biggest cheerleaders; if she is not participating in an event you will find her on the sidelines cheering her teammates on.”

Besides SOTX, Kilgore participates with The ARC, a community-based organization that advocates for and serves people with intellectual and developmental disabilities. She is also a volunteer for the non-profit Meals on Wheels.