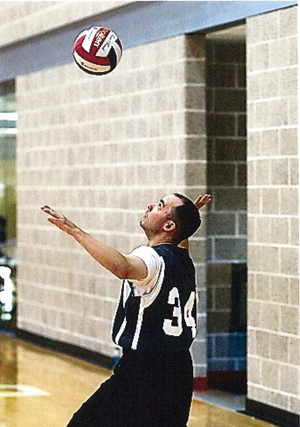 Special Olympics Texas (SOTX) has officially announced its statewide Athletes and Coach of the Year for 2016. Among the five recipients, Kyle Eddlemon (Missouri City), has been named the Male Athlete of the Year for the 22+ age group.

Eddlemon, a Gulf Coast area SOTX athlete, will be formally recognized at an awards ceremony on Friday, Oct. 14 in Bryan/College Station during the 2016 SOTX Fall Classic competition.

“Kyle exemplifies true qualities of a leader,” said SOTX coach Gary Schottle. “He is supportive and strives to help his teammates achieve results through mentoring and encouragement.”

Eddlemon was born with a genetic disorder that causes benign tumors to grown in his brain, affecting the central nervous system and resulting in seizures and developmental delay. In an attempt to treat the seizures, he opted out of surgery and decided to try a new medication. The seizures are often caused by hard physical labor or getting overheated. But Eddlemon does not let that hold him back. He has been involved with SOTX since 1994 and competes in softball, basketball and volleyball.

“Kyle understands his condition, but he doesn’t let it stop him from being all that he can be and encouraging his teammates as well,” said Margo Pasko, from the Arc of Fort Bend County.

Outside of SOTX, Eddlemon works for the Houston Astros’ Major League Field Operations and the University of Houston baseball team. Prior to this, he worked in the Houston Astros Guest Services department for five years. Eddlemon is also involved with The Arc of Fort Bend County, the largest national community-based organization advocating for and serving people with intellectual and developmental disabilities. He assists The Arc in their fundraising efforts by acquiring Astros memorabilia for a silent auction.

Kyle Eddlemon is living his sports dream, working for the Astros and University of Houston and competing with Special Olympics Texas.