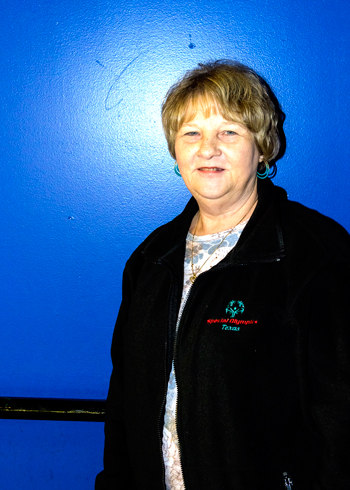 Special Olympics Texas (SOTX) has officially announced the winners of its statewide 2016 Outstanding Service awards on Wednesday. Among the four honorees that recieved this award for different categories, San Antonio’s Gwenda Taggart was recognized with the Outstanding Service for Outreach award.

Taggart will be formally recognized at an awards ceremony on Friday, Oct. 14 in Bryan/College Station during the 2016 SOTX Fall Classic competition. She will be honored at the statewide event along with KSAT sports director Greg Simmons, FC Dallas and the Houston Bar Association, who all also received Outstanding Service awards from the non-profit organization.

For the last 25 years, Taggart has been an avid supporter of Special Olympics Texas.She got involved after her son was in an accident and had a severe head injury to be able to help him recover and find success. She has served on the State Outreach Committee Agency and as the organization’s Outreach Support Services Fair Liaison at the last three statewide competitions.

“She is always available when needed and has helped spread the mission and vision of Special Olympics Texas across the state,” SOTX administrative assistant Jody Foshee said . “She is a true advocate for the athletes and has experience with the programs of SOTX and is able to share her experience with anyone that will listen.”

Throughout her involvement with SOTX, Taggart has brought in thousands of dollars to help fund athlete programs and initiatives. As part of her outreach, she ensures that information about Special Olympics Texas programs gets out to the public. She attends outreach events and resource fairs as a way to meet and talk to people who may be interested in becoming involved with SOTX. Taggart also directs and monitors the Athlete Leadership Program and supervises the Global Messengers for her area. Taggart’s son is a Global Messenger and often attends events with her to help spread awareness about Special Olympics Texas throughout San Antonio.