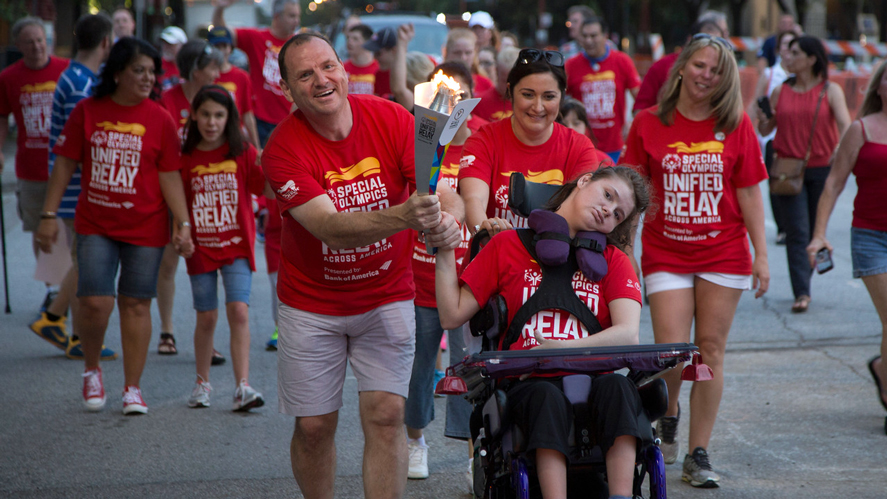 IT’S FINALLY HERE! After months of anticipation, the Unified Relay Across America, presented by Bank of America, made its way into the Lone Star state on Friday afternoon. Since entering Texas at Port Arthur, the Flame of Hope has already made its way through Beaumont, Houston, Pasadena, Katy, San Antonio and will reach Austin later Monday afternoon. Three torches are simultaneously making their way across the U.S. right now! All three started on the East Coast on May 26 and will end up in Los Angeles, where they will unite to light the cauldron for the 2015 Special Olympics World Games. The Southern Route, which Texas is a part of, began in Miami.

Celebrations to welcome the Flame of Hope were held in Houston on Saturday evening at Discovery Green and on Sunday afternoon at Morgan’s Wonderland in San Antonio.

After the Relay completes its first day through the state’s capital city, Austin will officially welcome this once-in-a-lifetime humanitarian event at the Google Offices at 3400 Harmon Ave. beginning at 6:30 p.m. Celebrations will be held at AT&T Performing Arts Center when the torch comes to Dallas on June 25 and at Sundance Square on June 26. All events are open to the public

Although registration to carry the Flame of Hope closed back on June 9, all are encouraged to come out to the segments and cheer on the torchbearers!

You can track the movement of the torch as it continues to be exchanged from one segment to the next, right here.

To view photos from the first few days of the Unified Relay in Texas, click here.

Over the course of the weekend, media outlets all over the state have been providing coverage of the Unified Relay as it treks into each city. See below for some of the great coverage so far! 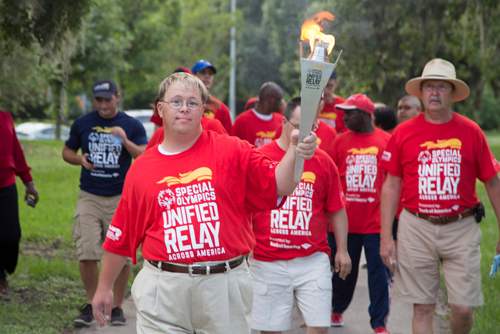