On Sunday, March 29, Special Olympics Texas’ Areas 10 and 11 (Greater Dallas and Greater Forth Worth) teamed up again to host their third annual TCU-SOTX Soccer Clinic. 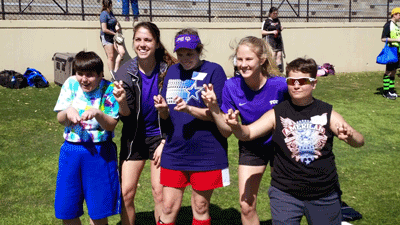 The TCU Women’s Soccer team took to the field and led 20 SOTX soccer athletes in a skills clinic, with help from the coach, staff and even several TCU Football players.

“It was wonderful of Coach [Eric] Bell and his team to take time out of their busy schedules and help us become better teams,” Rachel Jordan, Spirit of Flower Mound Soccer Coach, said. “Our athletes deserve the best and that is exactly what we received.”

After several fun tag-style warm-up games, SOTX athletes rotated through different skills stations such as a dribbling, relays and scrimmages. During the scrimmage, they played 5-on-5 games with mixed teams of both SOTX and TCU athletes.

“I was very impressed with both the TCU coaches and soccer team on how well organized they were and most importantly how well they treated our athletes,” soccer coach and Head of Delegation for Lewisville Special Olympics Jim Domer said. 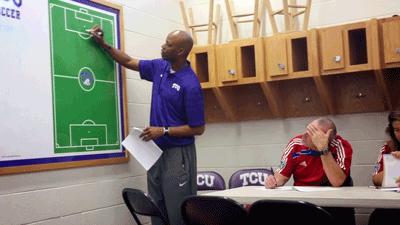 Several veteran SOTX soccer coaches joined in on the fun with tactics training from TCU Women’s Soccer head coach Eric Bell. Coach Bell taught SOTX coaches new drills and strategies; he even put the coaches through drills outside, on the field, as a hands-on review.

Katy Hamrick, Arlington Eagles Soccer Coach and first-time clinic participant said, “Coach Bell was very informative. The drills were great and the way he adapted them for our athletes was so helpful.  I would go again next week if it was available!”

The 3rd Annual TCU SOTX Soccer Clinic, held at the Garvey-Rosenthal Soccer Complex, concluded with a picnic lunch, photos and a meet and greet with the TCU athletes.

Thanks to SOTX Area 10 and Area 11 as well as TCU for putting on such a great event! 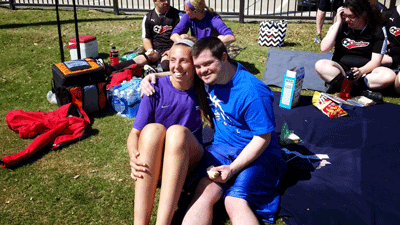