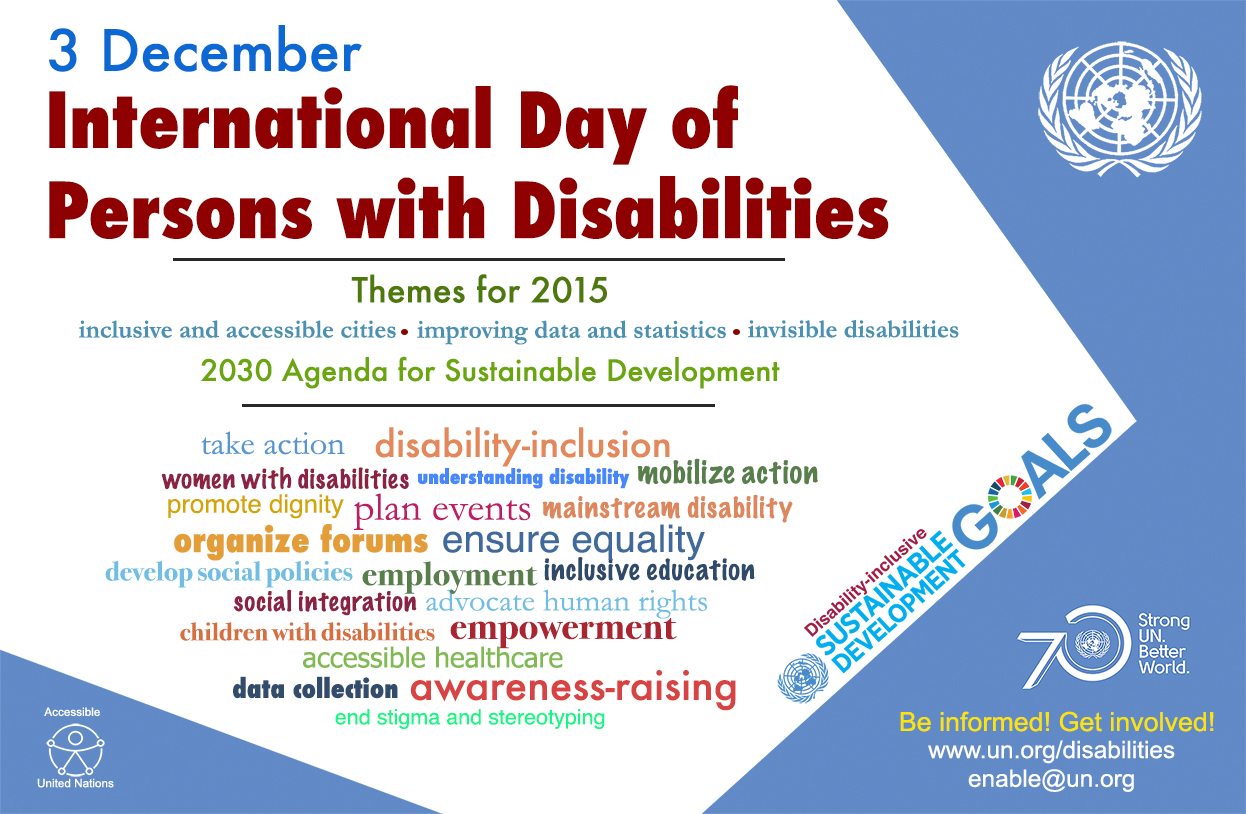 Today, Special Olympics Texas (SOTX) proudly joins the world in on celebrating the 24th annual United Nations' International Day of People with Disabilities. As the world carries out its celebration of this special day, it will promote the theme of "Inclusion Matters: Access and Empowerment for People of All Abilities.”

People in societies around the globe often still hold many misperceptions and negative attitudes toward people with intellectual disabilities. Negative attitudes have been shown to be barriers to inclusion for people with ID in the community, but research has shown that these attitudes can be changed through increased interactions that are positive experiences, which challenge existing stereotypes. Special Olympics utilizes sport to fight the stigma faced by people with ID, demonstrate their abilities, and change attitudes. 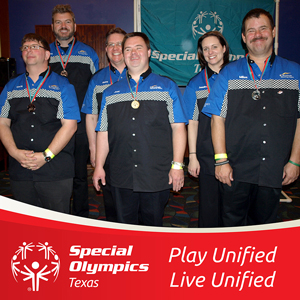 SOTX is a leader in stimulating inclusion, so on this day, we are making a special call to action to all Texas citizens; including government and corporate leaders and the youth, to learn more about and engage with people with intellectual disabilities by participating in a SOTX Unified Sports® event in their community.

Unified Sports brings together people with and without intellectual disabilities as teammates, using sports as a means to build friendship and understanding. The premise is simple: when we Play Unified, we Live Unified.

"Unified Sport has grown in importance for the athletes and the partners." Larsen said. "The satisfaction and accomplishment for both sides is the simple formula for the success."

To learn more about SOTX's Unified Sport program and to get involved, click here.

About International Day of Persons with Disabilities

Since 1992, the International Day of Persons with Disabilities (IDPD) has been celebrated to promote increased awareness and support related to the full social inclusion of people with disabilities worldwide. The IDPD serves as an opportunity for development, government, corporate and civil society stakeholders alike to highlight the needs of individuals with disabilities, and draw attention to the core benefits of creating fully inclusive strategies, policies and communities. In addition, the IDPD affords stakeholders from across sectors to further promote the importance of key international treaties, like the United Nations Convention on the Rights of People with Disabilities (UN-CRPD), as critical frameworks to utilize in creating fully inclusive communities. Learn more at http://www.un.org/disabilities/default.asp?id=1637