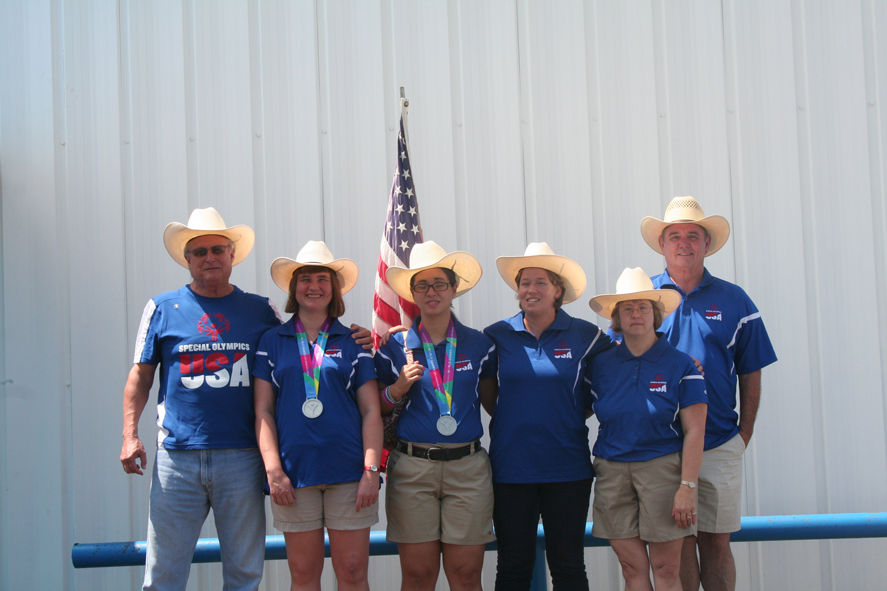 Hatco, Inc. and its general manager Ricky Bolin invited members of the Special Olympics USA women's basketball team for an exclusive tour of its hat-making facility. The team, which was comprised of the Richardson Roadrunners delegation, won the silver medal in Los Angeles at the 2015 Special Olympics World Games in July.

On Thursday afternoon, Hatco VP Dan Brown guided the athletes and coaches through a tour of the factory that is known for manufacturing Stetson and Resistol hats.

When the athletes returned home from World Games, each of them were presented with a Stetson hat from Bolin at the airport. To further show his admiration and gratitude for the athletes’ hard work, preparation and dedication to compete for the U.S. on an international stage, Bolin invited the athletes for an honorary visit to the hat-making facility.

During the tour, athletes watched videos that explained the history of Stetson and the hat-making process. After getting the background knowledge, Brown walked everyone through the step-by-step process of how the hats they had on their heads were actually created.

See a full galllery of photos below.

The Special Olympics USA Women's Basketball team was treated to a special tour of the Hatco factory in Garland. Thank you, Dan Brown and Ricky Bolin for this awesome opportunity! #Stetson #Resistol