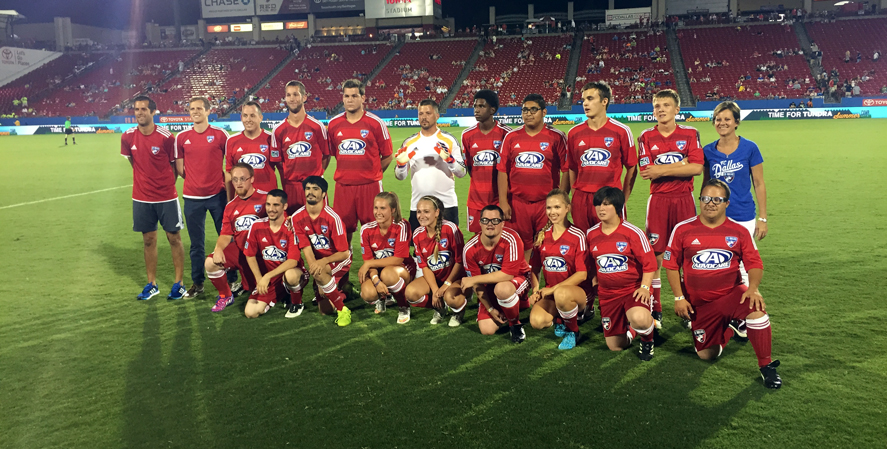 The match was played in front of a great crowd following the conclusion of the FC Dallas Major League Soccer (MLS) match at Toyota Stadium, the home field of FC Dallas. The Special Olympics match was a part of the MLS WORKS program, which allows Unified soccer teams to play against each other in MLS cities across the country.

In Saturday night’s contest, the FC Dallas/SOTX squad took the lead on goals from athletes Zachary Parcher and Roy Bayona. Parcher opened the scoring midway through the first half after great passing from Unified partners Ervin Scarlett and Alyssa D’Aloise. The duo got the ball to Parcher on the left wing, before Parcher did the rest, racing past his defender and scoring with his left foot.

Bayona, who was selected to the MLS WORKS All-Star Team last month, scored the team’s second goal just before halftime. After great goalkeeping by Tim Holt, who was fantastic in goal all game, the ball was played forward to Bayona, who was able to finish past a diving keeper for the Galaxy.

The Galaxy scored early on in the second half and added two late goals after some great overall team play from their athletes and partners to get the 3-2 victory.

In front of Holt in goal, athletes Chris Gracian, Erika Johnson and Zachory Rodgers anchored the defense along with Unified partners Laurence Fairchild and Allen Domer.

Bayona and Parcher, with the help of SOTX athletes Joey Cummings and Yousef Malallah, played up front and created scoring chances throughout the game. 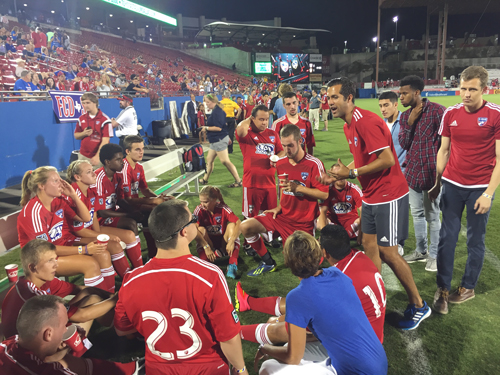 Both teams played with great spirit and sportsmanship throughout the game, and very much impressed the Toyota Stadium crowd. The two teams will play again in Los Angeles on Sept. 26.