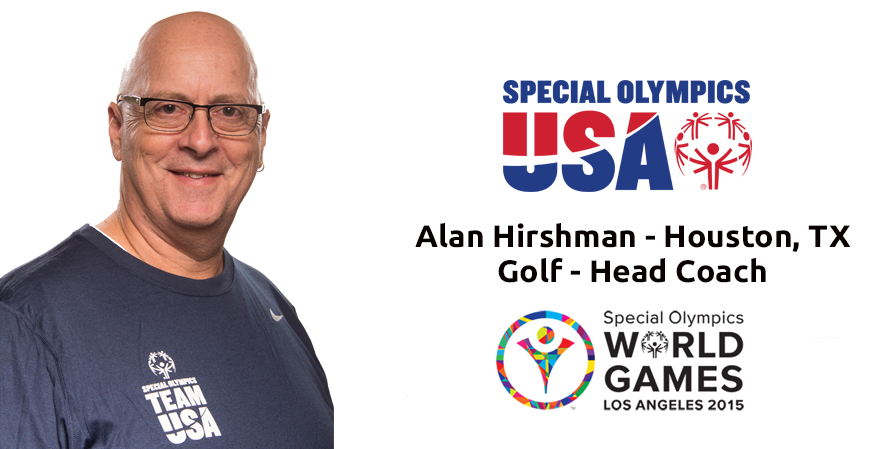 “I’m excited to watch the athletes compete and see the fun they are having while meeting other athletes from around the world and playing golf with them,” Hirshman said.

Hirshman is a familiar face and a staple to the Special Olympics Texas - Greater Houston Area (Area 4) program. He can be seen at almost every competition.  The Houston resident trains coaches in multiple sports, serves on Area 4’s sports management team and coordinates the area golf tournament.

Through all of the years he has spent coaching, one moment that will always stand out to him is seeing Steven score his first basket in a basketball game.

“I coached Steven since he was five in recreational basketball leagues and he was afraid to shoot the ball,” Hirshman said. “Then when he started to play for the Briarwood School, he was still afraid to shoot the ball. After he graduated from Briarwood, we started a private team that I helped coach and for the first few years he would still not shoot in a game. We went to the Summer Games Basketball Competition about five years ago and during the first game, he took his first shot and made a basket to put the team in the lead. It is still the highlight of all my coaching at any level.”