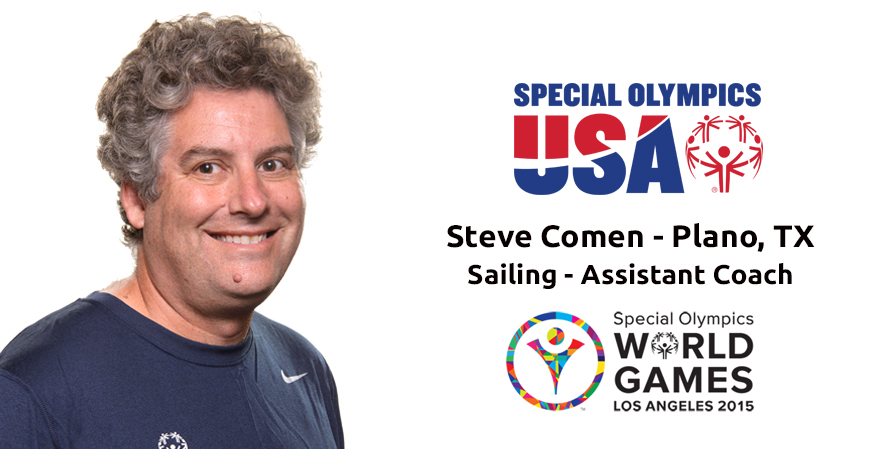 After competing as a Unified Partner in Sailing at World Games in 2003 and 2007, Steve Comen is making his third appearance on an international stage, but this time it’s in a different capacity. Comen will be serving as the assistant coach for Special Olympics USA’s Sailing team.

Comen first got involved with Special Olympics in 2000 after a friend sailed as Unified Partner at the 1999 World Games, held in Raleigh, N.C.

When his friend returned from the Games, he suggested to Comen that his club start up a Special Olympics sailing program.

“Another friend started up the program and I was one of the first Unified Partners,” Comen said. ”I took over running the program in 2003.”

To this day, Comen still runs the Dallas-area sailing program and serves as the director for SOTX’s Chapter Sailing Competitions.

As an assistant at this year’s World Games in Los Angeles, Comen is looking forward to working with all the athletes, but in particular Terrel Limerick from Maryland, who is the first U.S. Level 5 sailor (singlehanded) to ever compete in a World Games.