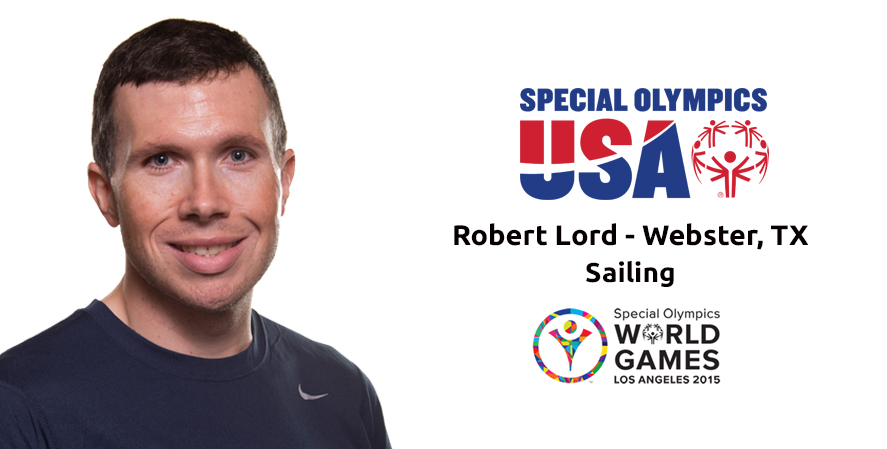 Bobby Lord, 34, is no stranger to the Special Olympics World Games. Later this month, the Webster, Texas native will make a third-consecutive appearance as a member of Special Olympics USA on the Summer roster.

Through his first two opportunities, he’s returned home with a medal of each kind; earning Gold and Silver in Powerlifting at the 2007 Games in Shanghai, and a Bronze medal in Kayaking back in 2011 when the World Games were held in Greece.

This time around, Lord will remain on the water, but will compete in Sailing, a sport he’s participated in for 11 years with Special Olympics Texas.

Leading up to the 2015 World Games, Lord has been working out about three days a week at his local YMCA and is attending sailing practices to get ready for the Games.

“He was very happy to be selected and has been hoping for three years for the opportunity,” his father Robert Lord said. “Bobby has always enjoyed family vacations in LA and now looks forward to sailing, meeting and trading pins with other athletes and just being in the area.”

Bobby has been involved with Special Olympics ever since his special needs teacher, Glenda Hart, signed up him up through SOTX about 27 years ago.