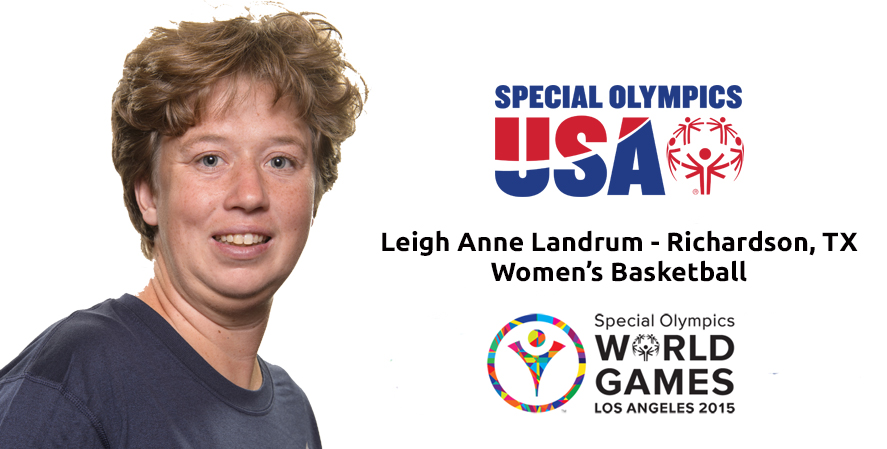 Leigh Anne Landrum and the Special Olympics USA women’s basketball team open play at the 2015 Special Olympics World Games in Los Angeles later this week. Before getting on her flight to L.A. on Tuesday morning, she took the time to tell us a little bit about herself. Read below and get to know Leigh Anne!

I am 29 years old and love playing basketball with my team. I have always liked sports. I also swim and bowl for Special Olympics.

I have a job at Caruth Haven Courts, an assisted living place. I work there four hours a day. I take the DART bus and train to work every day. I have worked there for 10 years.

I also live with a Special Olympic friend, Kara. We have lived together eight years.

I want people to understand that I can do anything if given enough time and chance to show them.

That is why I like my job at Caruth Haven, because they believe in me. It is also why I love Special Olympics, because all my coaches say I can do anything. It is also what my mom tells me every day that I am so smart and able to be whatever I want to be.

I love Special Olympics. I have made lots of friends and been able to play sports. I have great coaches and they tell me to be the best I can be in all my sports. I have also gotten to go to many different competitions.