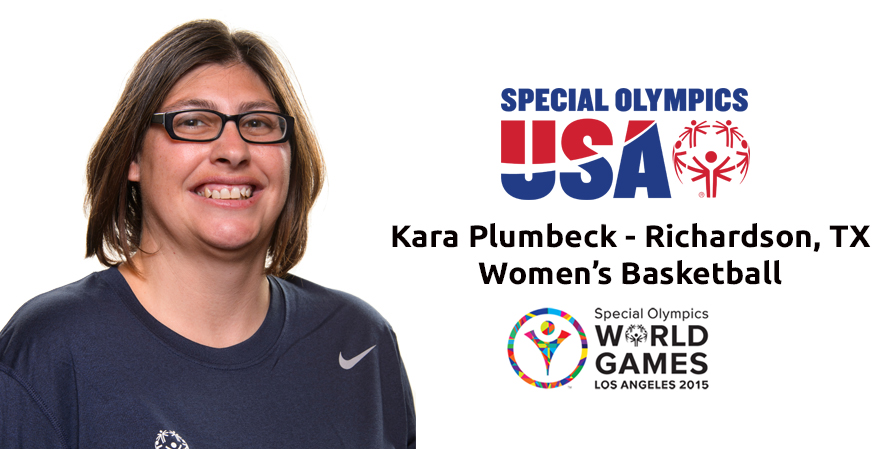 Kara Plumbeck says, “Attending World Games is a chance of a lifetime.”

Plumbeck has attracted attention on the basketball court as a Special Olympics Texas athlete. Back in February of this year, she was one of 12 athletes from around the U.S. selected to play in an Unified Sport exhibition game during NBA All-Star Weekend at Madison Square Garden.

Through experiences like that and the one she will shortly have at World Games in Los Angeles has allowed her to meet lots of new friends all over the U.S. Plumbeck stays active and healthy because of all the sports she plays.

Her head coach Steve Scobee describes says she has learned to be a team player and to have fun competing.

When not taking part with Special Olympics, she is a courtesy clerk at Tom Thumb, loves listening to music, reading, watching movies and rooting for the Chicago Bulls.