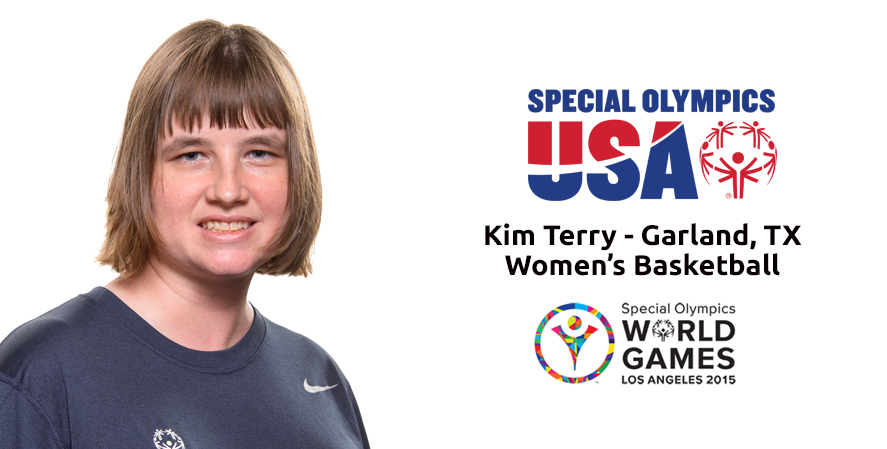 Special Olympics has helped change Kim Terry’s life socially by giving her more new friends, physically by her participation in sports, and educationally.

Through going to compete as a member on the Special Olympics USA women’s basketball team, Terry will have the opportunity to make even more friends and learn about various cultures of other countries that her and her teammates will play against.

In addition to all of that, Terry says she's really excited about going to World Games because this is her first time being chosen.

Terry loves basketball!  However, when the sport is not in season, she remains highly active with Special Olympics. She also competes in Aquatics, Bocce, Bowling, Golf and Volleyball. Her family is very supportive and comes to cheer at every game.

When she’s not playing, Terry works part-time at Ross. She likes to play video games, do crossword puzzles, has two pet cats and enjoys going places with her dad and brother. Her favorite celebrity is Julia Roberts and her favorite basketball team is her hometown Dallas Mavericks