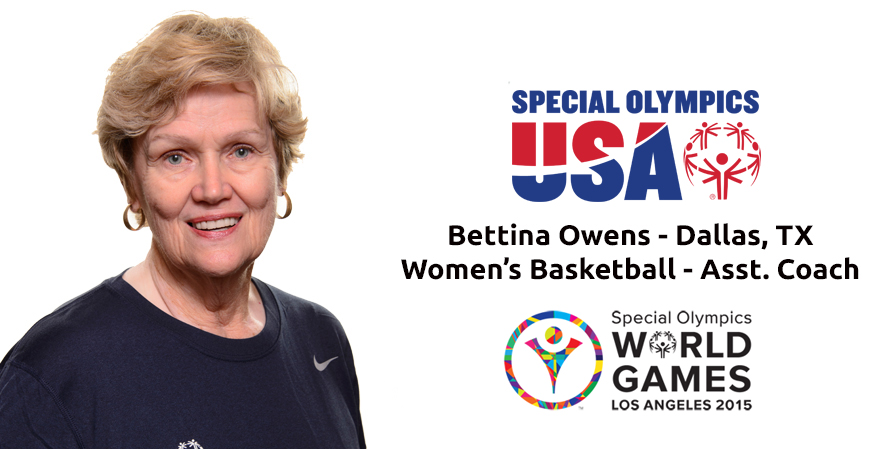 Following a couple trips to World Games as a parent, Bettina Owens is gearing up to join her daughter, Leanne, on the court as a member of Special Olympics USA's women's basketball team. For Owens , this will be her first Special Olympics World Games as a coach. She and Marti Bishop will be assisting Steve Scobee with the coaching duties for the team that they currently coach - the Richardson Roadrunners.

Owens officially started with Special Olympics Texas in 1992. She became involved because of Leanne.  After realizing that her daughter’s coach needed more help with the athletes, Owens jumped in.

Through all of the years she has been involved, Owens has many memories, including some involving her daughter and the group of ladies she currently coaches.

“In one of Leanne’s first track meets, she stopped halfway down the track, looked at her sister and I in the stands, and said, ‘I'm winning,’ and then continued down the track and actually won,” Owens said.

Owens continued by saying, “I will also always remember the excitement our girls have about going to World Games and their effort and improvements.”