Miller is one of more than 100 law enforcement officers from across the United States who will take part in a multi-state, five-day Torch Run that will conclude with the opening ceremonies at the Prudential Center in Newark, NJ on June 15.

The Guardians of the Flame will represent the thousands of law enforcement officers around the world who have raised more than $462 million for Special Olympics programs since 1981. The Law Enforcement Torch Run is the largest grass-roots fundraiser and public awareness vehicle for Special Olympics. 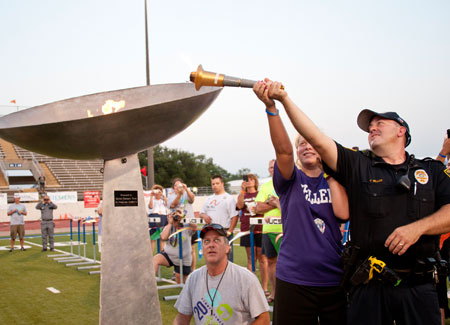 Miller, a Community Relations Officer for the Westworth Village Police Department, is also the Assistant North Texas Regional Director for the Law Enforcement Torch Run in Texas. He has participated in the planning of several large projects for the Torch Run, including the Westworth Village Golf Tournament, Over the Edge in Dallas, various Tip-a-Cops and other fund raising and awareness events.

“I am honored to be selected to represent Texas, and such a great organization and amazing athletes,” Miller said.

“We could not be more proud to be so fortunate to have Jeramey Miller as part of our team who now is representing Team Texas and our family of Law Enforcement brothers and sisters from this great state.  As a police officer, Jeramey has without doubt touched people’s lives; however, his relentless passion for Special Olympics has truly impacted the futures for thousands of children and adults!  We will forever be grateful to him and the others who have committed themselves to Special Olympics,” Reim said.

“Jeramey Miller has been a tireless member of our Law Enforcement Torch Run team, and I am proud that he will be representing the great state of Texas in the LETR Final Leg,” she said. “Our LETR partners do so much for our athletes, and Jeramey is a great example of the heart that law enforcement officers in Texas have for people with intellectual disabilities.” 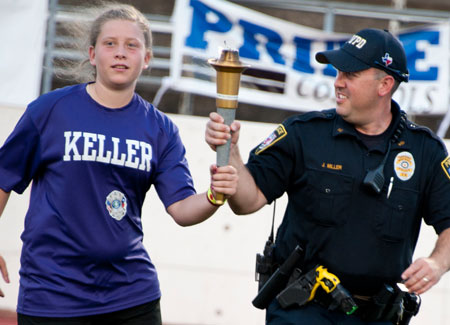 More than 150 people—including 121 athletes and 33 coaches—will represent Texas during the Special  Olympics USA Games. Members of Team Texas will compete in 15 sports during the weeklong games.

More than 3,500 athletes and 1,000 coaches from across the United States are expected to compete in the USA Games.