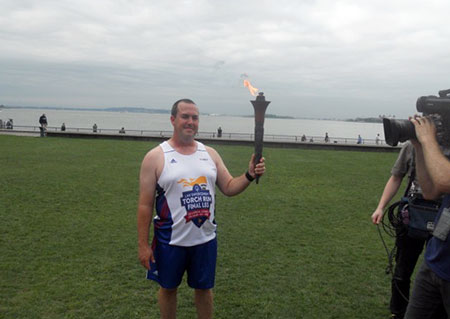 Today was a very long day.  We started out leaving the hotel at 0600 and traveling to Hoboken New Jersey.  That took us quite a long time due to traffic.  We went to Carlo’s Bakery. 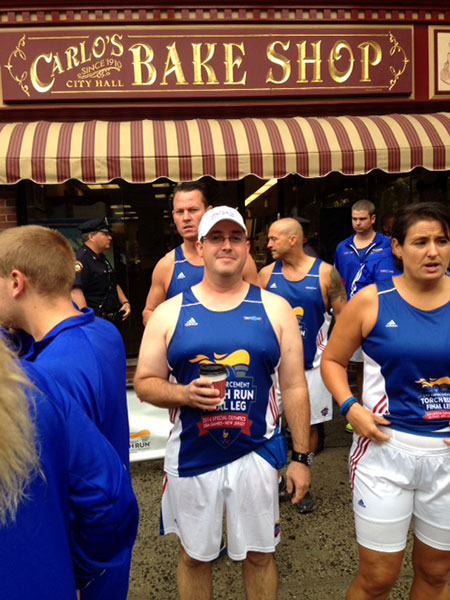 The owner is the Cake Boss on TV.  We had a short ceremony there due to being so late.  From there we ran to the City of Jersey City.  That was a long run, about 2 miles; from there we traveled to Township Of North Bergen.  That was a nice run. The people there were very nice and respectful.  We have run into some very interesting places.  From there we got on the bus and traveled to Wayne Ney Jersey, and ran into the Toys "R" Us corporate headquarters.  There we were received by over 300 people.  We were all shocked due to the weather.  There we did a great ceremony and all were given items from Toys "R" Us.  We left there and traveled to Lincoln Park and had our ceremony at a Shoprite grocery store. That particular store had donated over $6,000.00 to Special Olympics.  There they gave us lunch.  From there we traveled to Veteran's Park in Ridgefield, New Jersey where we were greeted at the bus by a bag pipe player.  He played as we got ready for the run then he met us in the park for the ceremony.  That was a great ceremony; we had an honor guard and the bag pipe player. From there we traveled back to Newark where we went to the Prudential Center, Prudential Financial Headquarters, and PSE&G Headquarters. 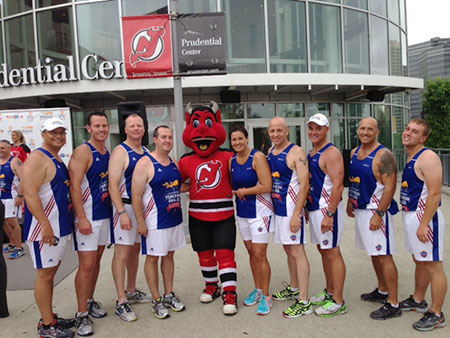 That was a nice run through downtown Newark. All the ceremonies were great.  We were met with open arms and we could hear the cheering as we were running down the street approaching each location. From there we loaded back on the bus and traveled to West Orange New Jersey. There we ran to a Hospital and went to the Barnabas Health. They are a big supporter for the Special Olympics Healthy Athlete program.  By this time we were all getting very tired but knew we had to push on the final two ceremonies. So we traveled to Lyndhurst Police Department and were greeted by the Commissioner, Police Chief and Mayor, another great ceremony. From there we loaded back on the bus and traveled to the final run for the day.  We came to Hasbrouck Heights Police Department.  That is where I spoke and gave a gift.  Both the Chief and Mayor were very receptive to all of us coming in. The total miles run today were a little over 14 miles, spreading awareness for Special Olympics.