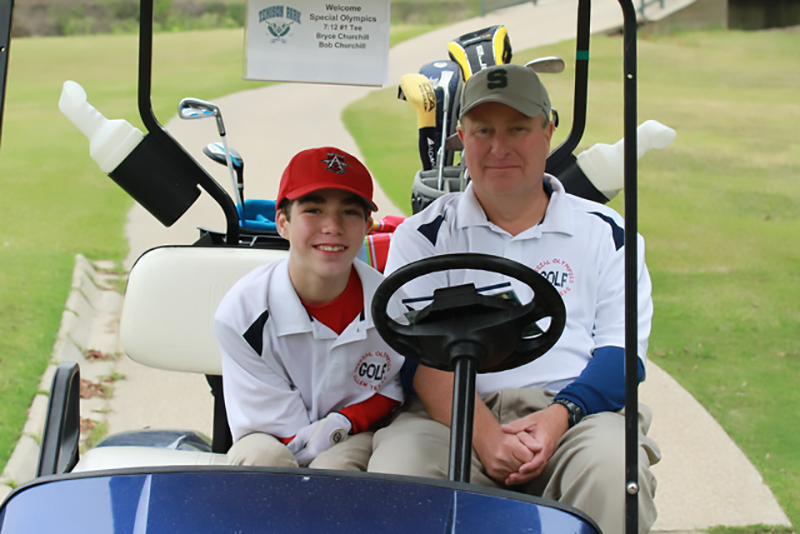 Do not be fooled. Youth athletics have evolved over time from leisurely fun to serious business. Kids are forced, either by social or parental pressure, to concentrate on one sport earlier and earlier in their lives.

We as sports fans have reaped some of the benefits as parent-child sports duos have become more and more common. From the likes of Tiger and Earl Woods, Olympic runners Yolanda Rich Demus and Lashinda Demus, baseball greats Ken Griffey, Sr. and Ken Griffey, Jr., the evolution continues.

Fans and media members alike, clamor toward these combos as they often produce great stories of family and loyalty. Stories that families can relate to. And in a sense, also because somewhere deep down we can all admit watching your child play a professional sport would just be flat out cool.

But what if the opportunity to play a sport with your son or daughter simply wasn’t an option? And that is not just speaking on a professional level. What if you never had the chance to even play a game of catch with your child? 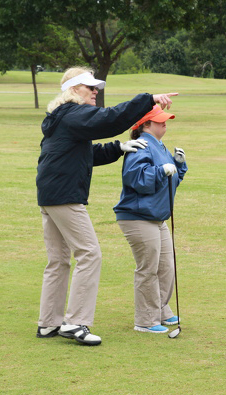 Hundreds of thousands of parents around the United States fall victim to this predicament daily due to the fact their child has a disability. Far too often these families have only been able to imagine the sound of a ball smacking against a leather mitt, the feel of morning dew on their ankles in the first tee box or rebounding missed free throws.

However, thanks to Special Olympics Texas (SOTX) many parents and children are turning these dreams into realities and forging their own powerhouse parent-child sports combos through Unified Golf.

The competition is fierce, but winning is typically on everyone’s back-burner, a welcome sight in youth sports today, as these athletes and parents are more concerned with spending quality time with each other.

“It’s really about getting close to my son,” Rob Braymer said. “We have fun and get to joke around.”

Braymer’s son, Michael, has been participating in SOTX for 10 years.  Michael’s self-described biggest challenge on the golf course is remembering to look at the ball when he swings. But, it’s something his father says he has come a long way with. 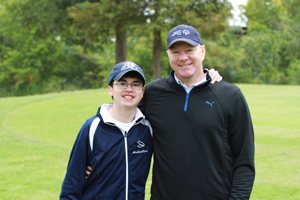 It’s not all about the technical aspects though. Parents and guardians will be quick to tell you they often learn just as much, if not more, while playing golf with his or her child. The lessons the athletes teach to the adults are lessons we could all stand to study a bit more often.

“He has taught me a lot about self-control,” Vaiden Courtney said about her son Ethan. “When he gets upset, I can’t get upset. We just have to focus on not playing the best shot, just playing the next shot and working hard.”

The other underlying motif of the event was patience. Almost every parent or guardian will tell you their athlete has helped him or her with their patience. Something that can be hard to come by on a golf course.

“It’s about patience and having fun out there,” Robin McGowan said. “When she does the right thing, she turns around with a big smile on her face and it brings tears to your eyes. You just get to have fun and work as team.” 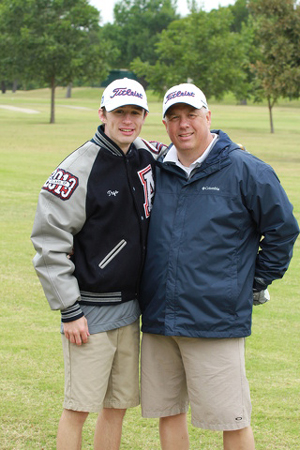 One reason the SOTX golf event is so successful is because it is centered on an individual sport. While scores are still being kept, every athlete, parent and team has their own goals. At the end of the day the final score doesn’t matter.

“It’s an opportunity to hang out with the athletes,” said Marc Lyons who played with his daughter, Krysten. “Victories are different for each athlete. For some, just hitting the ball is a victory and you get the joy of seeing somebody obtaining their goal.”

Krysten will admit though that she is still working on the whole patience aspect.

For others, the reasoning behind their participation may not be the sport or life lessons at all. Rather it can be the simple aspects of an afternoon in a park that some cherish the most.

“We are at the hospital so much it is nice to get out in the open air and not be able to be contacted. It’s a blessing.” LaMenniae Kamack said. “And yet still, some reasons are even simpler.”

“I like the hot dogs,” athlete Brandon Sly said. Sly is in his third year of SOTX and played a round with his dad, Cory.

“I get to hit a lot of shots I’ve never had to hit before. There is never a boring shot.” Cory said.

Regardless of the reason, it is readily evident that SOTX has cultivated a strong community that is dedicated to giving athletes with disabilities and their families the same opportunities every child and family should be able to experience.

“There aren’t a whole lot of sports we can play together, so it makes this special,” Cory said. 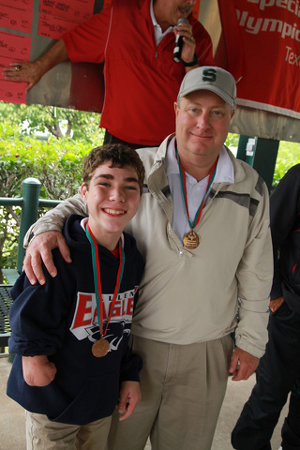