Out in the Field: Ryan Robinette

SOTX athlete Ryan Robinette recently attended the Colt McCoy Camp. He had an amazing time and his mother, Chele, wanted to share her story about Ryan.

Ryan is a 12 year old boy who is affected with Fragile X Syndrome(FX).  FX is very similar to down syndrome, but looks more like an autistic child. 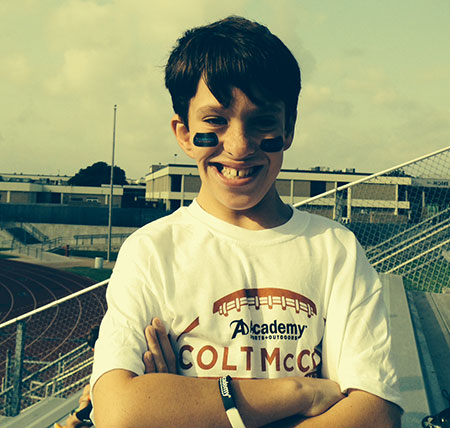 Typically FX kids are non-verbal and not very social and or interested in being around others.  NOT Ryan...he is very social and loves to be around others if it's a comfortable environment.  While he is not very verbal, he does have some language and can get his point across, but most important he understands everything you say to him.

Ryan LOVES, LOVES football.  He is actually a little obsessed.  :)  We take him every week to watch either his friends or siblings play a sport.  He is their biggest fan and matter of fact you can hear him cheering a mile away.  Really any sport is fun for him to watch.  He just loves sports. 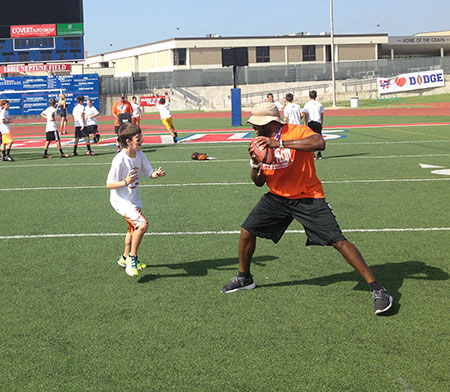 Ryan struggles because he can't really play on an organized team anymore.  It's just too over stimulating for him and not to mention Texas sports teams are a little competitive.  HA!  :)  So he sees his siblings and friends and he wants to play, but the reality is at this age it's just not safe or appropriate.  There are times he is very frustrated about that. 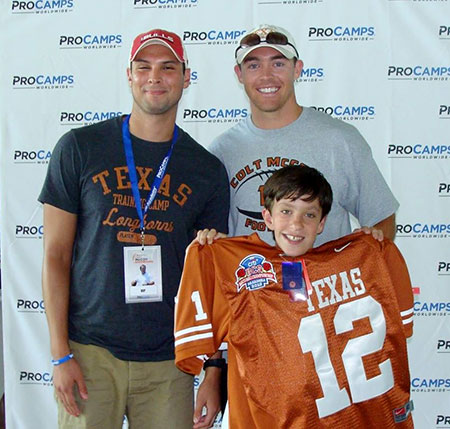