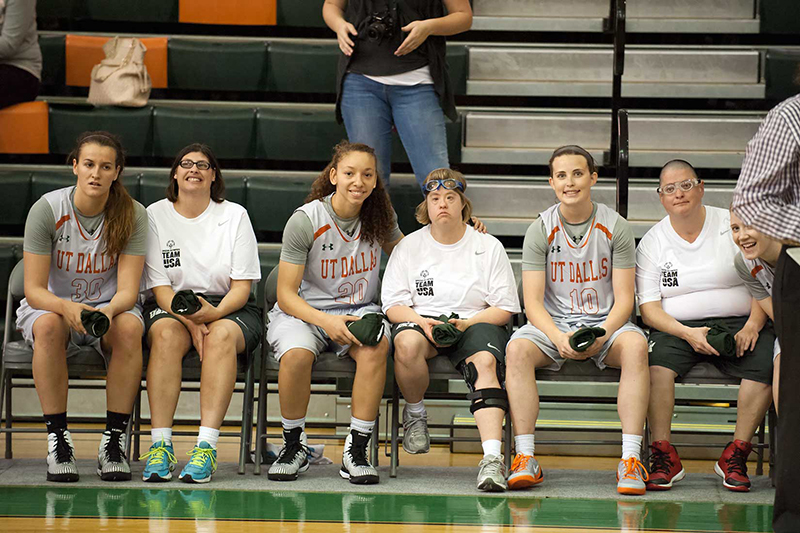 Before The University of Texas at Dallas women’s basketball team took the floor against Austin College on Friday night at UTD Activity Center, the Comets honored the five members from the Richardson, Texas area, who have been chosen  to suit up for Team USA next summer.

During pregame introductions, Jennifer Hall, Leigh Anne Landrum, Kristen Lyons, Kara Plumbeck and Carissa Younkin had their names announced and then got to run out to the court with the UTD starters. At halftime, the Team USA players took on one of the other Richardson teams. 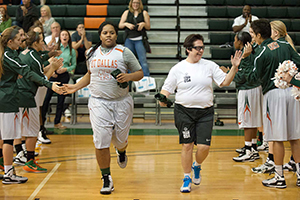 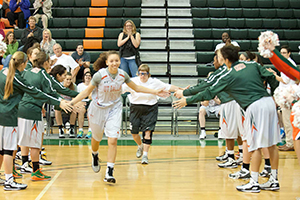 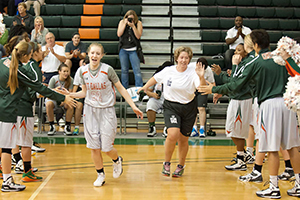 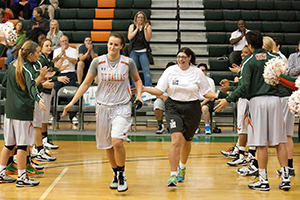 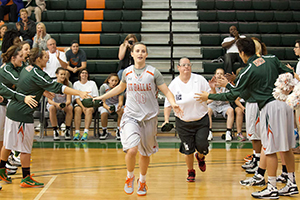