Meet in the Middle endorsed by TASC for third consecutive year 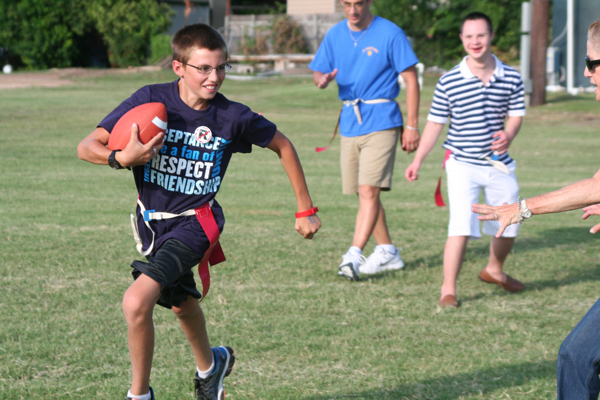 Meet in the Middle (MiM), the SOTX Project UNIFY program with more than 120 participating schools, received news from the Texas Association of Student Councils (TASC) Board of Directors that is sure to boost its reputation and help the program grow even more. On Monday, TASC officially announced that MiM has been endorsed as a partner/project for academic year 2014-15, the seventh year of Project UNIFY.

“We appreciate our ongoing partnership with TASC and the opportunity to support student-driven projects that promote meaningful social inclusion and a campus culture in which each student is valued and has the opportunity to make a difference,” said Martha Dorow, the Director of Youth Initiatives at SOTX.

With the endorsement from TASC for the third-straight year, thousands of students may participate in activities like the Erase the R-word/Spread the Word campaign, Unified Sports and other Special Olympics Texas programming. Schools that choose to participate in MiM will receive points on state level TASC reports, providing schools with incentive to participate.