What Special Olympics Means to Me

I enjoy all sports. I love to talk sports, watch sports, and play sports. I try to participate in every way I can squeeze into my schedule. Special Olympics means so much to me. It means meeting new people, having team mates, trying new sports, competing against other teams at all levels, experiencing new situations, and traveling. SO has taught me independence, team work, and patience. It has brought happiness and togetherness into my family. It has given me a chance to be active and participate in sports. Instead of being on the sideline watching others, others come to watch me. I have enjoyed the thrill of victory and the agony of defeat. Which I have learned happens outside the sports arena as well.  When I first started SO in high school, we traveled around the Houston area to play other teams. Soon I went to the State games. For over 10 years, I have participated in State level games every year. Sports I have participated in are aquatics, athletics, basketball, cycling, golf, kayaking, sailing, softball, tennis, triathlon, volleyball and soccer.  I have had the privilege to attend two National Invitational Golf Tournaments. I have also had the opportunity to travel to the World Games in China for soccer and to Greece for kayaking, which was the first time that the USA had a kayaking team. 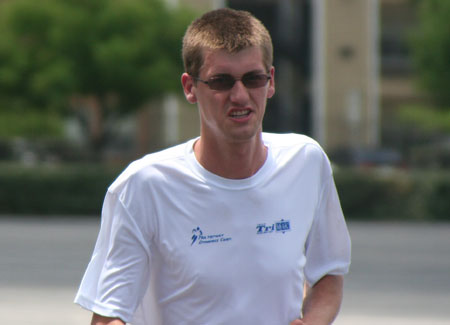 Now this year in the 2014 National Games in New Jersey, I will get to be the first to demonstrate Triathlon. I especially enjoy triathlon because I can combine 3 sports: swimming, cycling and running. This is a sport that all athletes can participate in either as an individual or as a relay team with other athletes or unified partners. It is one of the fastest growing sports and there are several levels so it’s not just for Ironmen! I have an awesome Triathlon team in Houston, TriMAC, that has helped me learn how to combine these sports. I have successfully finished several triathlons and duathlons along with participating in the MS 150 Houston to Austin Bike Tour 9 times. 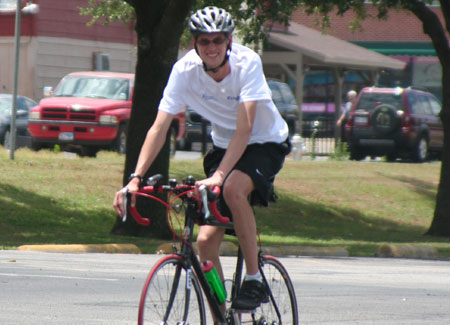 I am most excited about meeting people from around the USA that share my same interest in sports and competition. I am also excited to be an ambassador for SO, Texas, and Triathlon. I want others to know about SO and encourage others to participate as athletes, unified partners, sponsors, and volunteers. I want to thank all the hundreds of volunteers and sponsors that make SO an incredible organization and I am sure the 2014 Games in New Jersey will be the best ever.