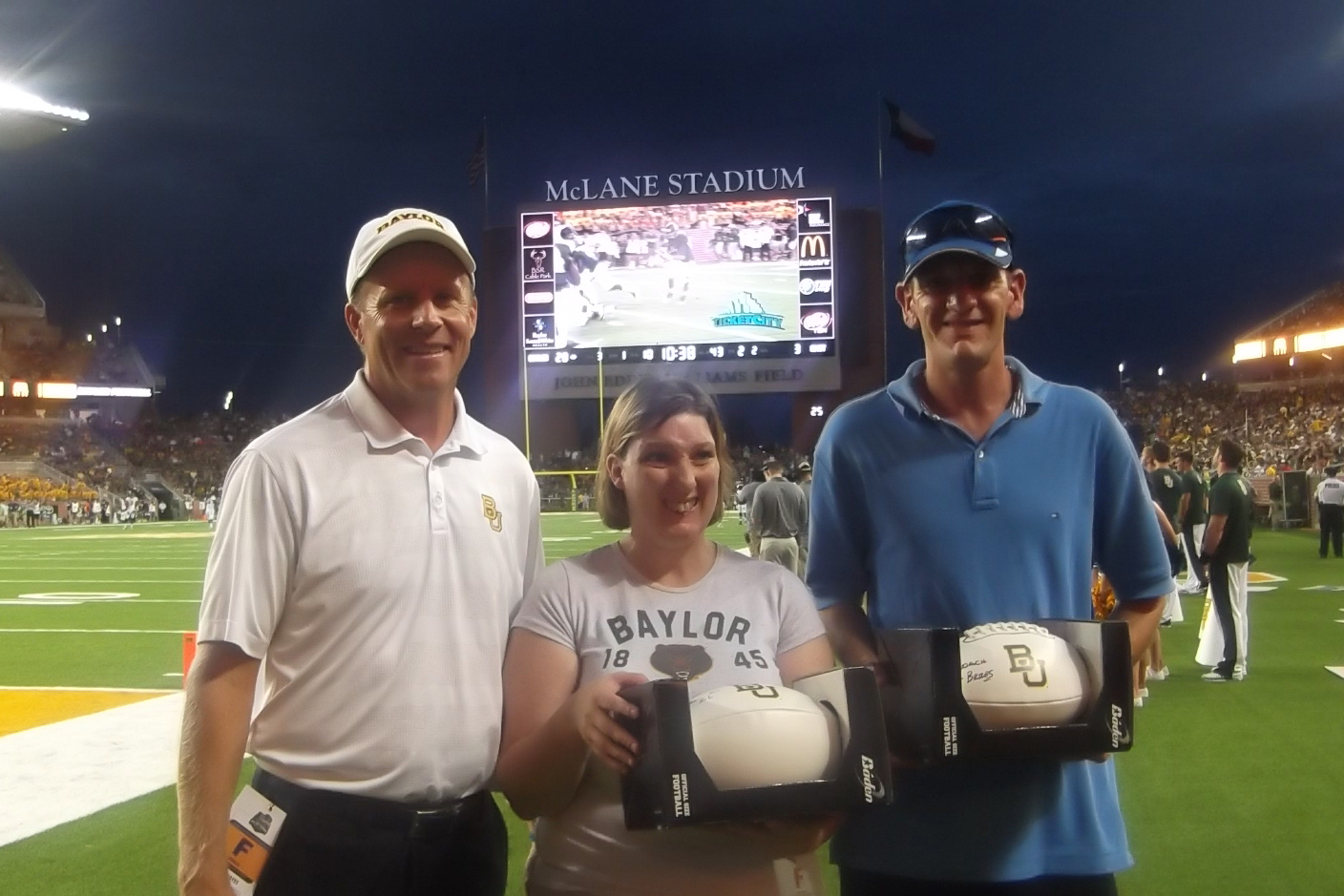 Englert and Brogden were honored on the field during a break in play, their pictures were displayed on the video board and a brief bio was read describing their involvement with Special Olympics Texas. Both athletes were presented with an autographed football signed by Baylor head coach Art Briles.