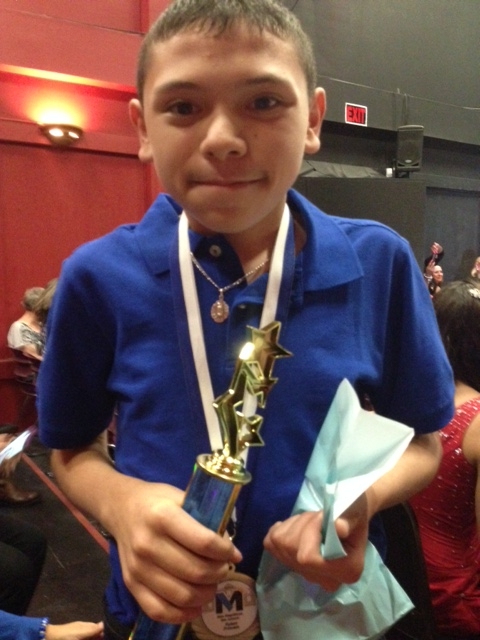 it started in 1968, we have often heard Special Olympics changes lives. Area 20’s Brandon Ainsworth is one more example of this fact.

Brandon, 13, has been an SOTX athlete for a little over a year and already has been very active in the program. Before moving to Southwest ISD with his family in 2013, Brandon was afraid of playing sports and was overweight. Since starting school at Francis Scobee Middle School, things have changed mightily for Brandon.

Earlier this year, he scored a long touchdown in Flag Football and then overcame his fear of the water, propelling him to go on to earn a gold medal at the San Antonio area Aquatics Competition.

Not only has he overcome his fright of swimming and playing sports, his active involvement in SOTX has also led him to becoming much healthier.

Outside of his SOTX participation, Brandon was an escort at the Little Miss Magnificent pageant, where he performed a song by his favorite band, Big Time Rush.