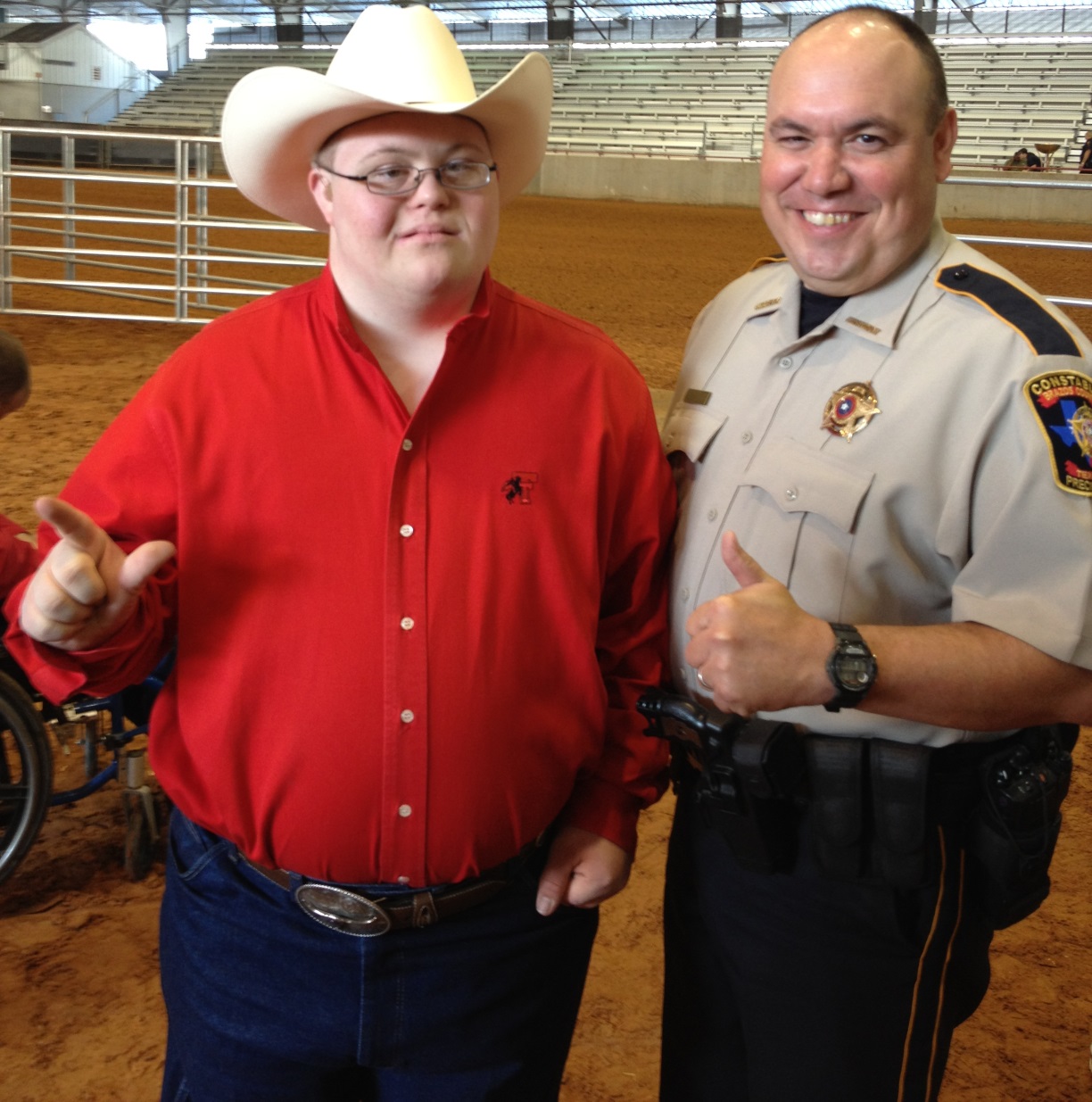 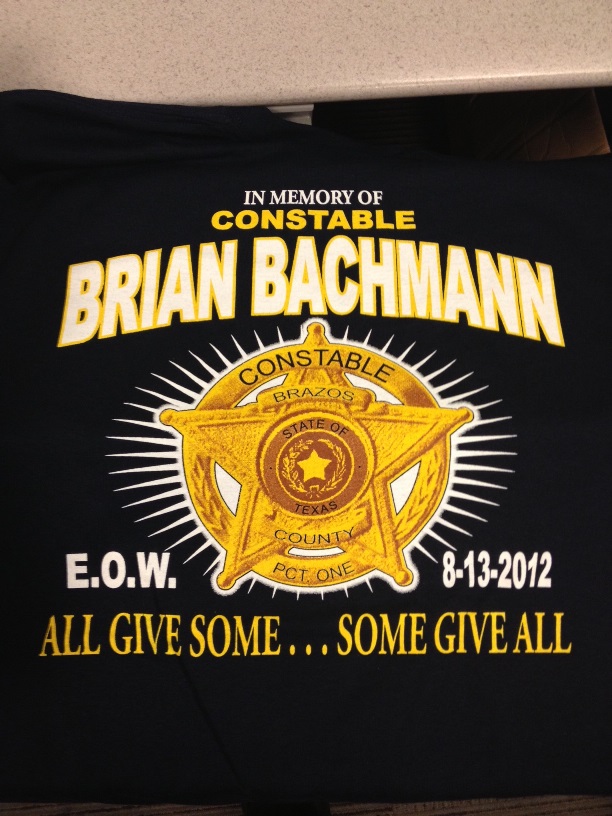 This year’s Tip A Cop fundraiser is dedicated to Constable Brian Bachmann.  Bachmann was a longtime supporter of Special Olympics Texas and Tip A Cop.  Please encourage your friends and family to visit Texas Roadhouse in College Station between 5:30 p.m. and 10:30 p.m., July 24-25, to help make this tasty fundraiser the best that we’ve ever had.  Our goal is to raise over $10,000 for athletes in the Heart of East Texas area.

During the fundraiser, Law Enforcement Torch Run members will sell Brian Bachmann memorial shirts to help raise donations.  All the proceeds will go towards this year’s Tip A Cop totals.  The shirts are $10 each and are available in sizes small through 3XL.  If you would like a shirt, please email Sgt. Jason James of the Bryan Police Department at jamesj@bryantx.gov.

Constable Bachmann of Brazos County Constables Office – Precinct 1, was killed in the line of duty last year.  He served as elected Constable for 20 months and had served in law enforcement for 20 years. He had been a volunteer with the LETR since 2000 and was always willing to help out wherever he could. In fact, Bachmann joined one of our athletes to run the Special Olympics Torch into Opening Ceremonies for the 2012 Summer Games Equestrian competition.  He was an active participant in the the 2012 Tip A Cop, which raised $10,643 in two days.